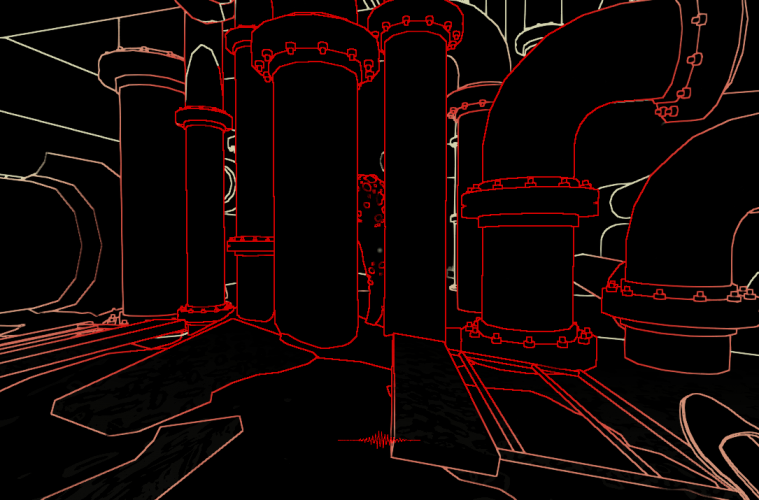 Stifled is a first-person horror game with a unique twist: the player uses echolocation to find their way around the world. I was immediately reminded of a game I recently played and loved, The Unfinished Swan. Where in Swan you use paint to uncover the environment, in Stifled you use sound. The revealed environment is a simple, wireframe world, but one that gives a clear idea of your surroundings. This is where the comparison to The Unfinished Swan ends.

The echolocation of Stifled works well, employing microphone functionality to produce sounds. Even in the early version I played, Stifled offers a surprisingly good level of tension and atmosphere. Both the environmental sounds within the game, and your own oral input, have immediate and clear effects on the world to make a unique experience.

While the echolocation works on a technical level, it falls down on the story. After surviving a car accident, you walk into a dark forest, and the world becomes a black void. Your surroundings only reveal themselves when you make sounds into your microphone. There’s not yet any narrative reason for this to happen however, it just does. Going back to the The Unfinished Swan, the mechanics in that game fit into its world. In Stifled, the power of echolocation seems to have been conjured out of nowhere, like the idea for the mechanic came before the idea for the game. Whether this will change in the final version remains to be seen, but it does give pause. 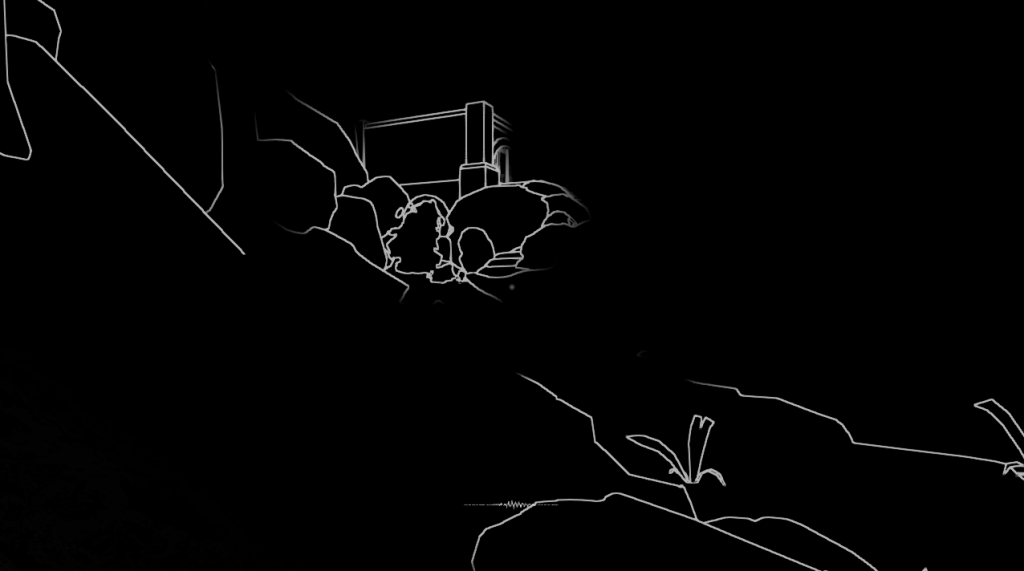 In terms of the horror, Stifled falls back on old standards. A sudden loud noise out of nowhere, and a spooky, mutant toddler stalking you through the environment. While it will likely be effective for those looking for a haunted-house experience, there’s still room to have done more using sound. Stifled may be the perfect opportunity for developer Gattai Games to explore the idea that a monster is scariest before you can see it, but, as is, you’re thrown into monster town too quickly.

Stifled is worth taking a look at, and I’ll be interested to give the finished game a shot to see how it progresses from where it is. The game works well on a technical level, but the story is where it begins to break down. It has legs to stand on, and is worth getting excited about, but it’s too early to tell if it all comes together in a satisfying way. The jaded horror fan in me always wants a little bit more than the expected, and Stifled doesn’t yet offer that.

An early version of Stifled was supplied by the developer for the purpose of this preview. You can vote for Stifled on Steam Greenlight now.