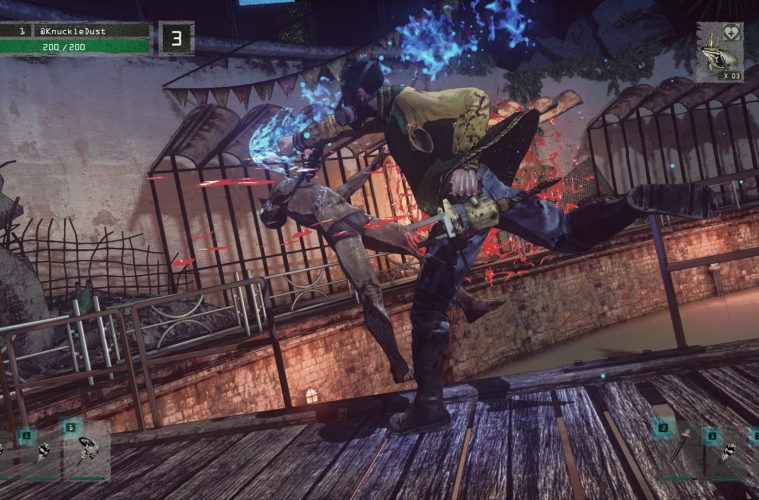 Suda 51 Refuses to Let It Die

Let it Die starts you in your underwear. That’s an important element of gameplay, and no E3 interview with developer Suda51 has passed without that critical factoid to start it off.

Goichi Suda, known by his nickname Suda51, is the sort of personality that gaming needs; he’s smart, passionate, and creative, and he’s consistently dedicated to generating unique experiences. This is to say that Suda’s development studio, Grasshopper Manufacture, is an important force in game development, and so is their upcoming game Let It Die.

The game takes place in 2027, off the coast of Tokyo, where a mysterious tower has risen from the diluvian depths. Death will play an important part in the game, with dead player-characters appearing in other players’ games in a not yet detailed fashion.

Let It Die has been described as a “roguelike,” a “super action game,” and, in basest terms, a free-to-play, third-person action game. As was previously addressed, the player begins in only their undergarments, and must loot equipment, clothing, and weapons from enemies defeated in the game’s massive tower dungeon. Gear items will have durability, lending a cyclical process to the game’s engagements of collection, conflict, depletion, and collection.

To highlight the game’s focus on death, Suda spoke to the game’s blood and gore, which were both ramped up to absurd levels (reminiscent of Suda’s previous work on the No More Heroes franchise). Suda described Let it Die as taking place in “a certain world of violence,” rife with satirical surrealism–justifying the bloodshed being “3-5 times” that of a “realistic” fight. The developer even encouraged his team to ramp up the gore beyond their original estimations, to make explicit his intentions with the game’s fantastical setting.