The following document was received by ClipThrough.com and is being shared in the interest of transparency.

I take full responsibility for breaking from protocol, but I do hope that my explanation redeems my absence.

Yesterday, my ship’s location beacon malfunctioned. I found myself completely isolated on a planet, designated [REDACTED]. I attempted to reach a nearby operation centres, one of the many that I flew over on my entry into the planet’s atmosphere. It would seem however, based on my complete inability to locate such a centre, that my on-board navigation was also malfunctioning, as it was hours before I was able to locate an operational structure on the planet’s surface.

During this search, I did locate a number of structures which seem to exist solely to provide language to those who locate them. I am pleased to report that my comprehension of the system’s vocabulary has increased significantly on my journey.

Once I located a building, I was able to ping my ship using its computer system, and was eventually able to leave the planet. It was during this experience that my understanding of how isolated, and how much potential for danger exists on this mission.

The most important part of this transmission: I have installed a working warp drive on my ship. Based on what little information I could ascertain from the beings met at nearby space station, these warp drives are commonplace in extended space travel, and will be required in order to continue on towards ATLAS. I was given materials and blueprints to build and refuel the drive, all because I was able to fake my way through a social interaction that I did not understand. 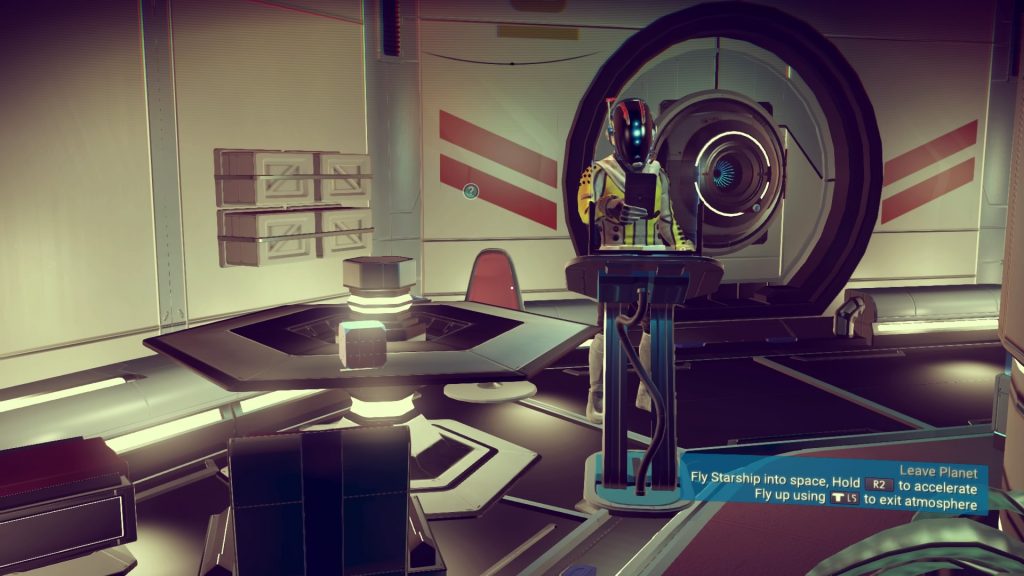 A status report on the drive: It is functional, I have managed to transport myself to a nearby system, another with a number of planets, and an active space station. It continues to stagger me at how well established much of our universe is. Much more than we had hypothesized, and many seem to be more advanced than us. I will assess whether this poses a threat going forward.

Attached, you will see images of these beings, their space stations, and other ships travelling out here, as if it is a common occurrence for them. There is so much more out here than we bargained for. Be careful with this information.

One final note: I have received signals. One I believe to be from an ATLAS station, as it has some resemblance to signals received at [REDACTED]. The other, however, is unknown. It appears someone is trying to contact me directly, but the encryption is one I can not yet break. Updates to follow.