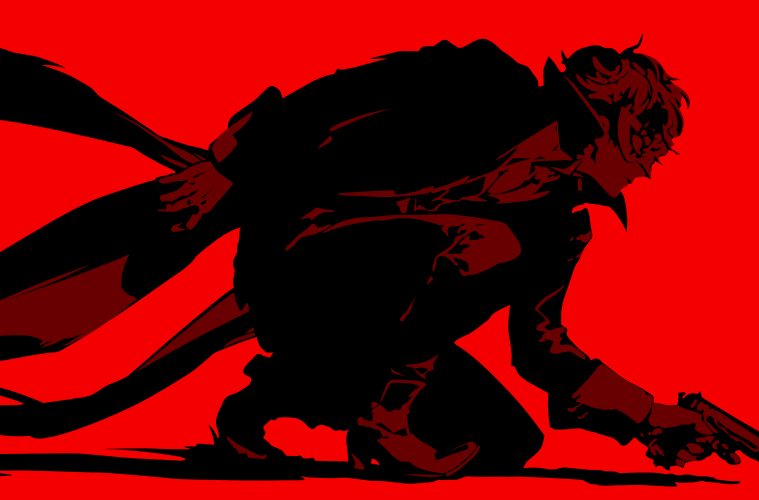 We don’t know about Persona 5, and that’s how Atlus wants it

In the media blitz of E3 2016, it’s been easy to let stories and news slip through the cracks. The sheer number of games announced and showcased makes the industry a colourful tapestry, with E3 a floodgate of colours and sounds. But, somewhere amidst this scramble for coverage, developer Atlus re-released an old trailer for their upcoming game Persona 5, now subtitled in English, and tried their hardest to avoid speaking about it.

This isn’t to say Persona 5 was lacking a presence at E3–Atlus was giving interviews and offering new information on the game–they were just doing their best to avoid talking about it.

So far, what we know about Persona 5 is very dependent on a comparison to its predecessor, Persona 4. Much like Persona 4, Persona 5 is a hybrid supernatural RPG/life sim, featuring a team of high school students using their “Personas,” Jungian manifestations of their true selves, to face a supernatural threat and learn how to get along. Players build personality stats through schooling and after-school jobs– for example, you make friends at parties, hang out, and go on dates, all of which further builds the role-play.

Unlike Persona 4 however, Persona 5 takes place in the real world: Tokyo, and its real life districts such as Shibuya. Another departure from the game’s previous framework is that each character can equip both a melee weapon and an airsoft gun (Atlus made very sure to specify that all the firearms were airsoft), but the gameplay differences of this equipment went undisclosed.

Another iteration for the series was the removal of Persona 4’s Chance Time system, a post-battle roulette which allowed the acquisition of further Personas for the protagonist. Chance Time has been replaced with a negotiation system comparable to the “demon conversations” of Atlus’ Shin Megami Tensei series (Persona‘s progenitor), where you convince enemies to join your roster. Combat also promises new damage types, notably “Psy” and “Nuclear,” which expand the standard elemental types of Persona 4 et al.

The final major feature previewed by Atlus was the “Baton Pass” ability. Baton Pass allows the player to hand off the protagonist’s turn to somebody else, circumventing the turn order during combat sections.

That’s pretty much all Atlus has been willing to discuss about Persona 5. Gameplay details are slim, and the game’s only plot details are contained in the 5-minute trailer. Keeping game information tightly under control is an interesting tactic by Atlus– the Persona series exploded with Persona 4, with its expanded re-release, anime adaptation, and spin-off games. Atlus seem very content to allow their fans to simmer and speculate, when it comes to Persona 5– in many ways, it’s a clever marketing ploy, as doing so is free advertising. I’m optimistic, though—Pers0na 4 was a landmark entry in modern RPG design and storytelling, and Persona 5 looks just as bombastic and quirky as its predecessor.