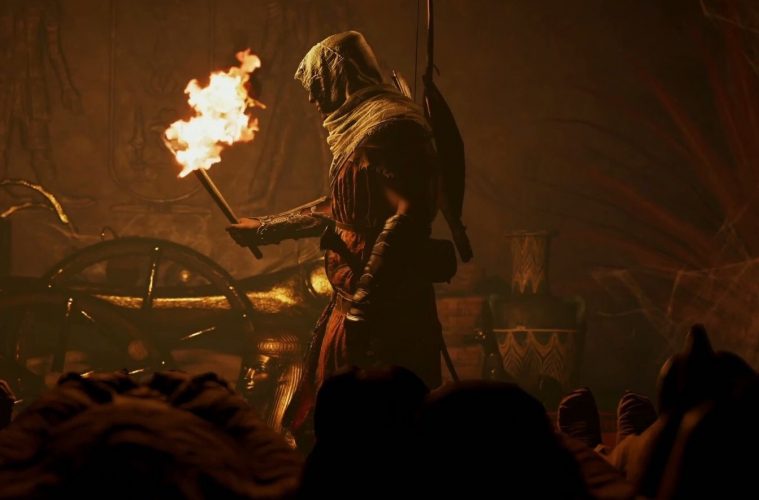 On the heels of the announcement of the Xbox One X, Microsoft announced the next Assassin’s Creed title, confirming what leaks had suggested–that the franchise would be moving to Egypt for Assassin’s Creed: Origins.

In what was described as the “perfect setting” for an Assassin’s Creed game, the game will follow an “Egyptian sheriff,” as he strives to protect his community. Bayek’s story will have “more RPG elements,” in a world with more procedurally generated experiences.

The gameplay demo on stage was framed around Bayek returning to his hometown of Siwa, to kill a “masked one” named Medunamun. The demo also featured the protagonist’s ability to control an eagle, for scouting purposes, as well as a fully implemented loot and equipment system. The final assassination was performed by steering an arrow into Medunamun’s back.