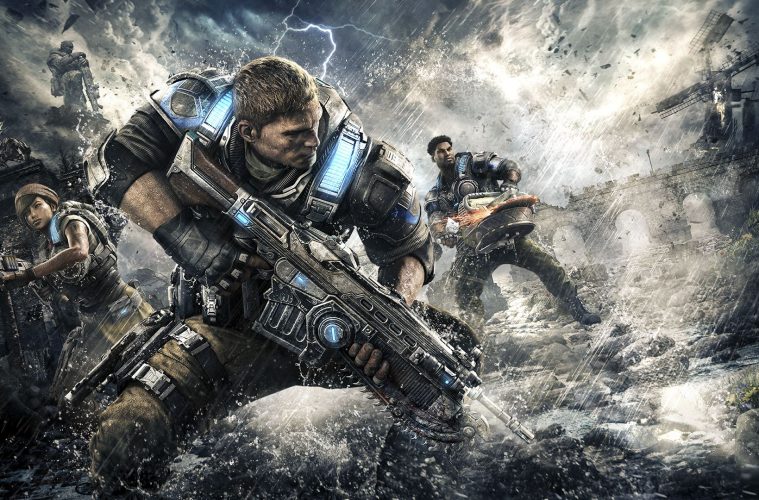 It was stated that a purchase of Gears of War 4 will serve as a purchase for both the Xbox One and Windows 10, with Microsoft’s new “Xbox Play Anywhere” cross-buy system. Microsoft also said that Gears 4 will have functionality for both cross-platform co-op play and cross-platform saves.

The gameplay trailer focused on the threat of a new alien menace for the Gears universe, The Swarm. The trailer ended with the return of an older, grizzled Marcus Fenix.