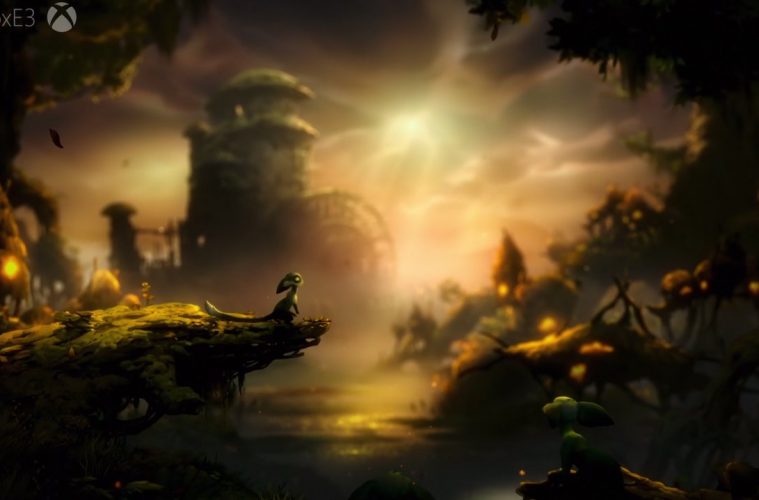 Familiarly beautiful piano music set the stage for the reveal trailer of Ori and the Will of the Wisps, the brand new fantasy Metroidvania sequel to Ori and the Blind Forest.

The trailer revealed at the Xbox E3 2017 Conference gave little away as far as the story is concerned. What it did feature, curiously enough, were several shots of gorgeous cinematography including a waterwheel (man-made locations were not present in the first game) among the natural, familiar environments. The trailer ended with the titular cat-like character Ori comforting a saddened owlet as they gaze at what appears to be the skeletons of the owlet’s parents.

While there was no release date revealed, it can be confirmed that the traditional, stylish artwork from the first game is making a comeback, as is the spine-tingling soundtrack.

It has also been confirmed that despite the lack of a release date, the sequel will be available on the Xbox and Windows 10 store at launch.