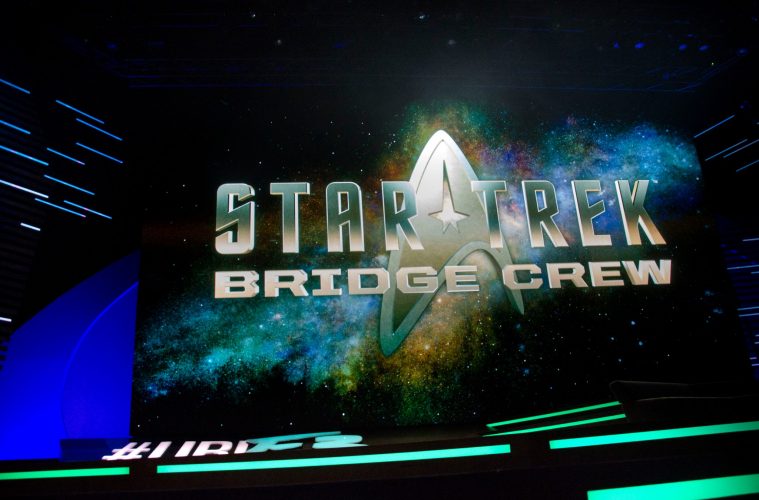 The footage was demonstrated by actors Levar Burton, Jeri Ryan, and Karl Urban, along with a developer, working as a four-man crew. The crew worked together to command, pilot, and engineer a starship, giving and receiving orders. Ubisoft said that each role should be equally important.

The gameplay footage ended with a dogfight between ships, as a Klingon vessel assaulted the player-controlled Federation ship.

“Theres something different about being in a shared virtual environment,” Burton said.
Star Trek: Bridge Crew will release on all major VR systems in Fall 2016.