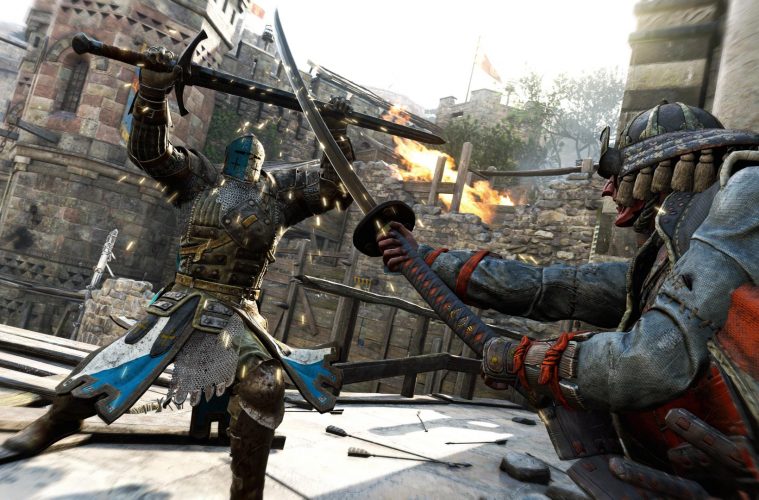 After revealing For Honor at last year’s E3, Ubisoft has demonstrated the first gameplay of the knights-samurai-vikings 3rd person fight’em-up at E3 2016.

The gameplay demonstrated was for the game’s ostensible single-player campaign, featuring a raiding crew of vikings (lead by a man known as “The Raider”) attempting to siege a samurai stronghold.

The game’s mechanics revolve around light/strong-attack melee combat with mobs of easily dispatched mooks, along with more involved combat against stronger enemies and bosses, featuring a directional blocking system, environmental kills, and a focus on feinting and guard-breaking.

The level concluded with a boss fight between The Raider and a samurai leader, in a rain-slick courtyard.

For Honor will release February 14, 2017–just in time for Valentine’s Day–and will be an alpha leading up to launch.