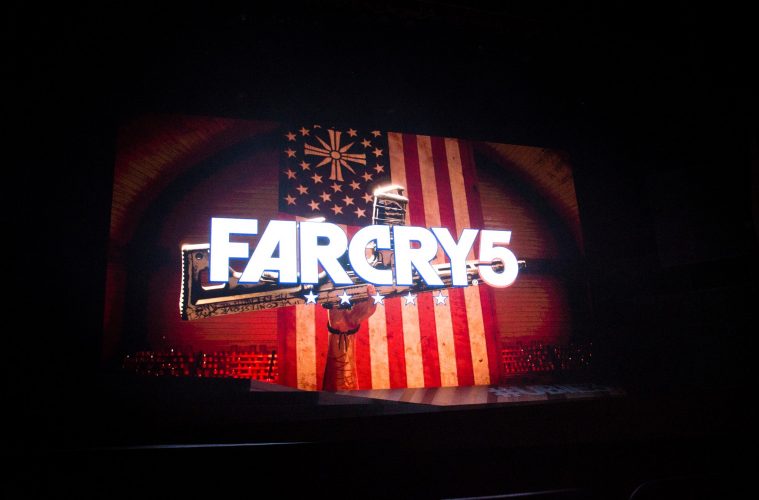 The gameplay trailer effectively build upon its antecedent teaser, showcasing the fictional county and its army of religious militants. It primarily demonstrated the game’s combat companions, including a mercenary sniper and the previously teased gun-snatching dog. As in previous franchise entries, co-op was also promised, although its depth wasn’t spoken to–a co-op player was shown flying a plane overhead as the protagonist shot cultists in the street. The trailer concluded on a montage demonstrating the Far Cry franchise’s hallmarks of emergent gameplay and vehicle combat, including a particularly gruesome “accident” with a combine tractor.