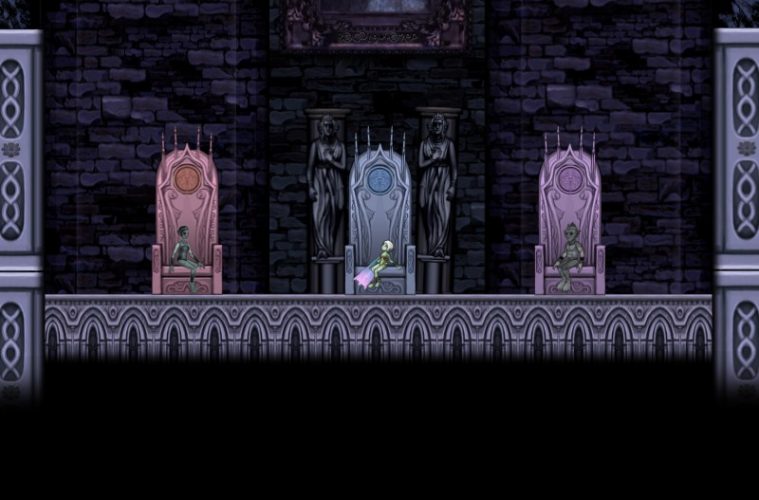 This blog contains spoilers for the game Aquaria.

The Verse flows throughout Aquaria…through each ripple and wave…through every living being…the Verse binds us all as one.

The Verse binds us, narrator and explorer. My story will become your own, and yours will become mine. You will live my life through my eyes…

…And you will learn the truth.

So begins the story of Aquaria, an underrated gem of a Metroidvania. Alec Holowka, who recently released Night in the Woods as Infinite Ammo, made Aquaria with Spelunky’s Derek Yu via their independent studio Bit-Blot. Aquaria is the only title to be released by Bit-Blot so far, and the duo’s passion for games shines as clear as Aquaria’s waters.

The story of Aquaria starts simple, yet grows more complex over time. A young mermaid-like woman named Naija lives her life in solitude until a strange figure appears out of the blue. This figure shows Naija a series of fragmented scenes she doesn’t yet understand. Naija realizes afterward that she is lonely and has no memory of her life prior to living alone; she knows her name and the name of the world she dwells within, but nothing else. She sets off to explore the rest of Aquaria and ultimately recover her own past.

I like to refer to Aquaria sometimes as the love child between Metroid, The Little Mermaid, and The Last Unicorn, with its own creative twists and turns thrown in for good measure. It’s that creativity meshed with tight controls and non-linear gameplay that has made Aquaria one of my absolute favourite indie games to date. The premise is simple enough, but the complexity arises with cryptic imagery in each ruination you explore, such as crumbled busts and illegible writing on the rocks. Story is layered in Aquaria’s visuals and, perhaps most importantly, its music. 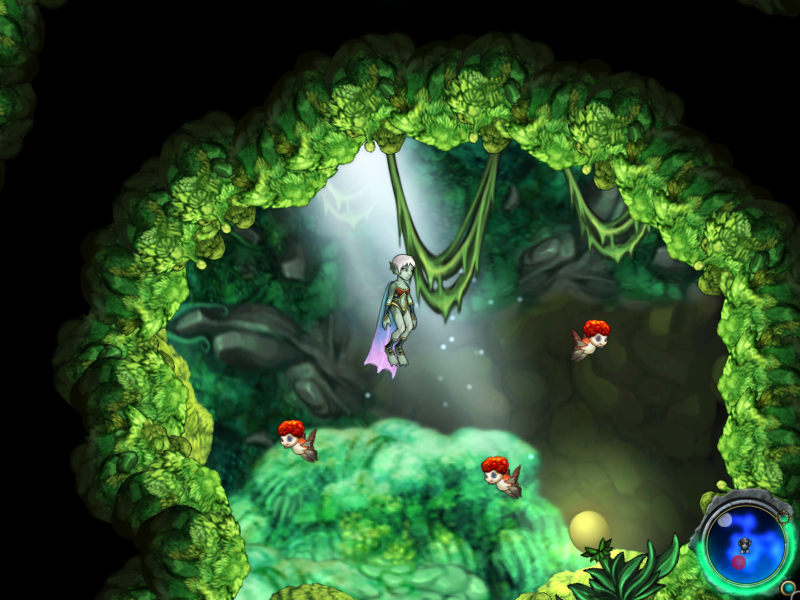 Music is the all-encompassing feature that makes Aquaria so fun, from the lore revealed in Naija’s opening dialogue, to the powers she uses to transcend above her enemies. Often, I find myself humming, whistling, singing, or all the aforementioned while listening to the soundtrack in my spare time. It makes perfect sense that the music is given the spotlight considering Holowka’s background as a composer.

The music does more than just the scene for each beautifully hand-drawn backdrop as well. While exploring the world of Aquaria, you can obtain new abilities to physically transform into other beings, such as a tiny fish. These forms can be changed via singing musical notes. More than once I’ve entertained myself by making Naija sing along with these notes exactly with the background music itself.

Each song complements  Naija’s voice because her voice actress and the soundtrack’s vocalist, Jenna Sharpe, are the same. Sharpe does a fantastic job with the vocals overall, and her talent still shines through in Aquaria. I can never get over Sharpe’s ability to reach first soprano, especially in the track “Heart of the Forest” which showcases her voice at her best. I also can’t help but love “Above” which plays after a cutscene that has stuck with me all these years. At one point in the game, you visit an area called The Veil–the world residing above Aquaria. Watching Naija leap out of the water and discover the surface, and then hear “Above” start to swell , makes the moment one of the best scenes in the game. 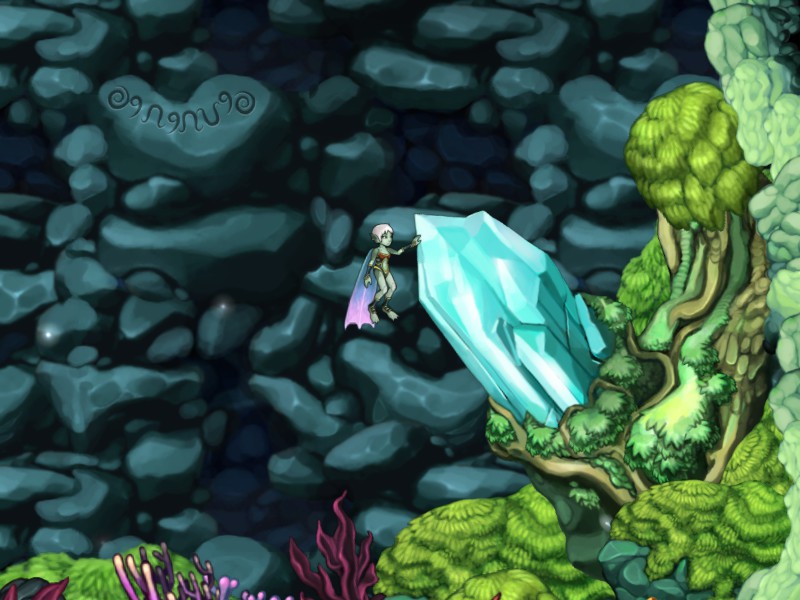 Aquaria‘s sound design contributes to the excellent attention to detail. I’d forgotten before replaying it for this article that Naija responds differently to certain circumstances. For example, upon receiving a newfound power in the Energy Temple, not only does her appearance change to match these dramatic powers, but also if you listen closely enough, she will occasionally let out a sinister laugh as she takes pleasure in the slaughter. She’ll also cry out if you encounter the mini bosses or story-based bosses such as the fallen god of Mithalas.

It saddens me that there is no sequel to Aquaria, even though its true ending caps off with the phrase “To be continued…”. Perhaps though the lack of a sequel right now is for the best. As awesome as one would be, sometimes a sequel, especially a hastily made one to please the fans’ every whim, can hurt the beauty and wonder that a first installment created. That’s not always the case, like when it comes to the Metroid series, but with so many sequels and reboots and re-imaginings being done for videogames, I think a standalone is to Aquaria‘s advantage, despite its obvious conclusion that it hasn’t concluded. I hope it continues to spark other players’ imaginations as it has for mine all these years.