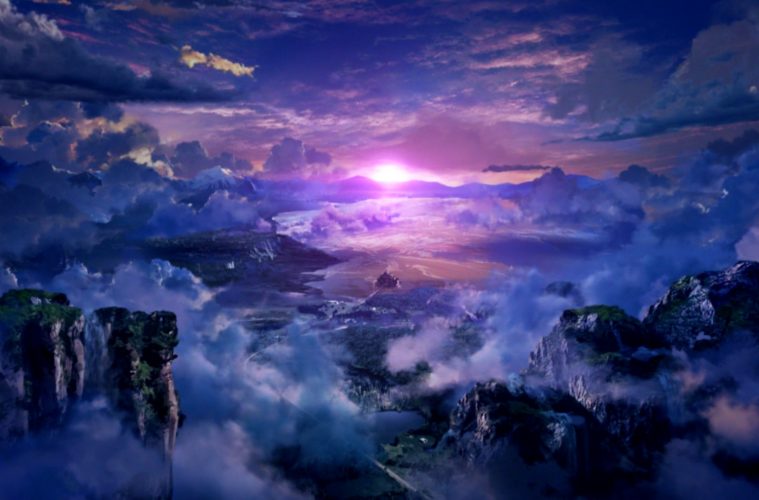 On Tales of Zestiria

This blog contains spoilers for the game Tales of Zestiria.

The fifteenth title in a series has the unenviable task of living up to the expectations laid down by both its fan base and its own production and development teams. Tales of Zestiria, developed by Bandai Namco Studios and Tri-Crescendo, was slated to be the twentieth anniversary release in the Tales of game series, but instead ended up being the fifteenth.

I played Tales of Zestiria uncertain of what exactly to expect. I half-hoped it would live up to its namesake; its inclusion of the word “zest” in the title is a reference to the passion and drive in its main cast of characters. I also expected Tales of Zestiria to be as decent of an experience as one of its predecessors I played previously, Tales of Symphonia. Symphonia, while lacking in originality story-wise, was strengthened by its cast of memorable characters, unique art design, and a few interesting twists in the plot.

After playing Tales of Zestiria, I’ve come to realize that I set my expectations way too high. Zestiria is an overrated test of patience, consisting of one-dimensional characters and an over-bloated, generic story that presents itself incorrectly as something worthy of your financial and emotional investment.

It’s a damn shame too, because I didn’t start out hating Tales of Zestiria at all. I was enthralled by its spectacular soundtrack made by returning Tales of composers Motoi Sakuraba and Go Shiina. Despite their different musical styles, their combined talents made the music more than live up to the passion the game promised to deliver. It was easy to tell from the game’s opening animation and cutscenes that hard work was put into the art, graphics, and character designs; zoom closer to the back of Sorey’s coat, and see an intricate design of brown swirls set against white. Character design has always been the Tales of series’ biggest strength. They’ve inspired fans to create art of popular characters, like Kratos from Symphonia with his red hair and indigo battle gear. 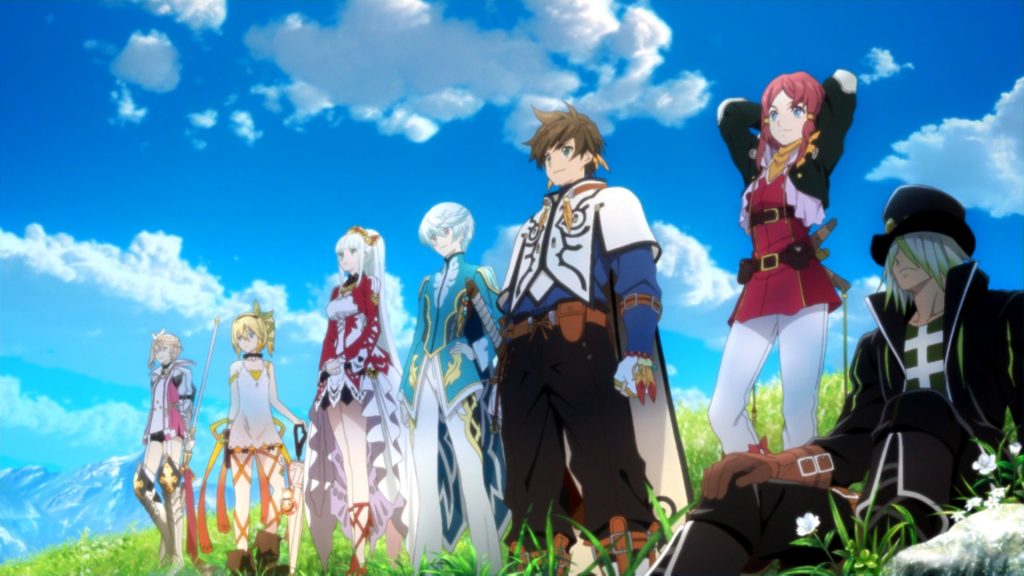 Zestiria also has an entirely new real-time battle system exclusively for the game, complete with a new feature called Armatization, where you fuse with a playable character and new, powerful elemental skills can be used in battle. The colour scheme of the main character’s clothes changes per the element used in Armatization, painting the battle with a rainbow of power.

But now, all I see in Tales of Zestiria is a warning of what happens when music and pretty graphics in AAA JRPGs are made a top priority before their story and characters. Zestiria’s development background is a classic example of “Too many cooks in the kitchen.” Roughly two hundred people worked on this game, which was double the staff on the previous Tales of Xillia 2.

Two hundred people on board, and the “farm boy who turns out to be The One” trope was the best story they could come up with. Wow.

It’s disappointing, because Zestiria’s story had potential to be decent. A young man named Sorey is raised in a village of holy beings called Seraphim. Sorey discovers that it’s because of his upbringing that he is fated to become the Shepherd, one who is able to interact directly with the Seraphim and is simultaneously feared for their power and praised as a savior. Sorey and his friend Mikleo set off on an epic journey to unite humans and Seraphim in peaceful harmony, and rid the continent of Glenwood of an impure force called Malevolence.  This is all presented and framed as if it’s supposed to be the epic high fantasy to end all high fantasies. But as I played Tales of Zestiria and got to know the story and characters better, I came to understand the reality of it all: This is a paint-by-numbers version of the Hero’s Journey, overcomplicated by its own back story details, and filled with such pseudo-profound dialogue as, “I guess that’s the nature of reality. Complicated.” And, “The world we live in is full of secrets and mystery.”

Concern was expressed by Zestiria’s development team mid-production regarding the way the characters were being handled. They were especially worried about how they weren’t diving deeper into their psychologies. Rather than address the issue, they followed through with completing the game, rushed to meet their deadline to avoid exceeding their budget, and deliberately set aside the fleshing out of potential psychological factors of each character. Instead of experiencing something of merit on a psychological level, which was the development team’s initial intent, I experienced a game’s story that was not even close to possessing the zestful, passionate characters it promised me. 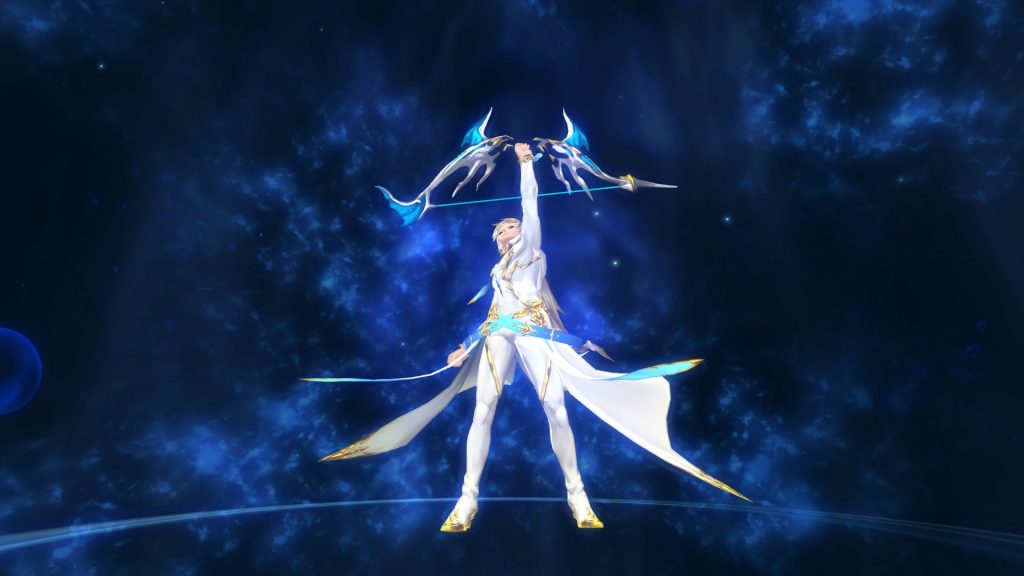 Even if the whole point of Tales of Zestiria was about the characters’ passion and zest, they really needed better script writers and direction for the cast. The voice performances varied from ‘okay’ to absolutely aggravating in the case of Edna, whose overall pessimistic attitude and mean-spirited interaction with the rest of the characters made me outright despise her. And it sucks, because most of these actors have a long history of voice work in anime and videogames. This cast should have been outstanding. Instead, they’re given mind-numbingly dull dialogue in each skit to work with, focusing less on diving deeply into each character’s motivation and psychology, and more on petty details such as the weird bugs, rocks, and plants they come across.

The skits (mini cutscenes of the party interacting) are another aspect of Zestiria that felt like pointless filler, despite being a prominent feature in every Tales of game. Adding to that is the severe lack of chemistry between the characters—they’re all so bland that pivotal scenes where I knew I ought to feel emotional for their sake left nothing but a void.

The biggest example of this is when Dezel is killed by a Seraph. The events leading up to his death scene are foreshadowed, gradually revealing why Dezel hung around with humans to find the Seraph who killed his friend. I was already so dragged down by the game’s over-bloated skits and overcomplicated plot that, by that point, I just didn’t care about what was happening. I just wanted it to end.

The direction and decisions made in the story’s execution are baffling, but the most egregious misdirection Zestiria takes involves Alisha. In the beginning, Alisha is the one who forms a pact with Sorey to become his squire and to fight with him against the Malevolence. However, Alisha abruptly leaves the party and her role as squire is eventually replaced by Rose, a traveling merchant/leader of an assassin’s guild. 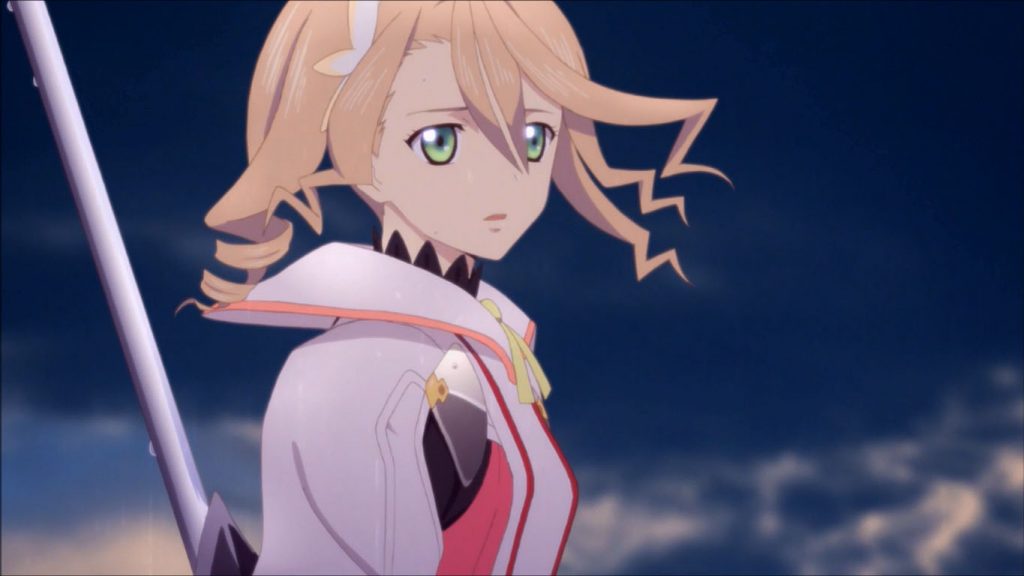 Producer Hideo Baba said in an interview that Alisha’s departure was a deliberate choice when writing Tales of Zestiria. He explained that in all the media written about the game there was never any mention or intention of Alisha being the main heroine, despite fans’ belief. The misunderstanding was a result of a profile written in the preceding mobile game, Tales of Asteria, where it described Alisha to be the heroine in Tales of Zestiria. The two games had different development teams and had apparently lacked any form of communication, leaving fans discontent and confused.

A simple misunderstanding is one thing, but the entire opening of Tales of Zestiria is misleading. Why did they introduce and frame Alisha in Zestiria as if she was to become the heroine, if she was never meant to be? Why bother programming the shops throughout the entire game so that her weapons and equipment can be purchased like other heroes? Why allow players to grow attached to Alisha at all if Rose is the main heroine? Instead, whatever potential Alisha had to be a fully developed character is disregarded entirely.

Fans were so upset about how Alisha’s role was handled that they demanded more content revolving around her. The answer the development team came up with post-release was a downloadable chapter called “Alisha’s Story.” They offered it for free for a limited time, now costing $9.99 on Steam, the same price you could pay for a full game. Now players are stuck with paid DLC in order to finish a story that should have been there in the first place.

It saddens me that the potential Tales of Zestiria had was wasted due to a rushed effort. It chooses to play it safe instead of taking creative risks, follows its structure to a tee, and thus brings nothing new, or of merit, to the Tales of experience. 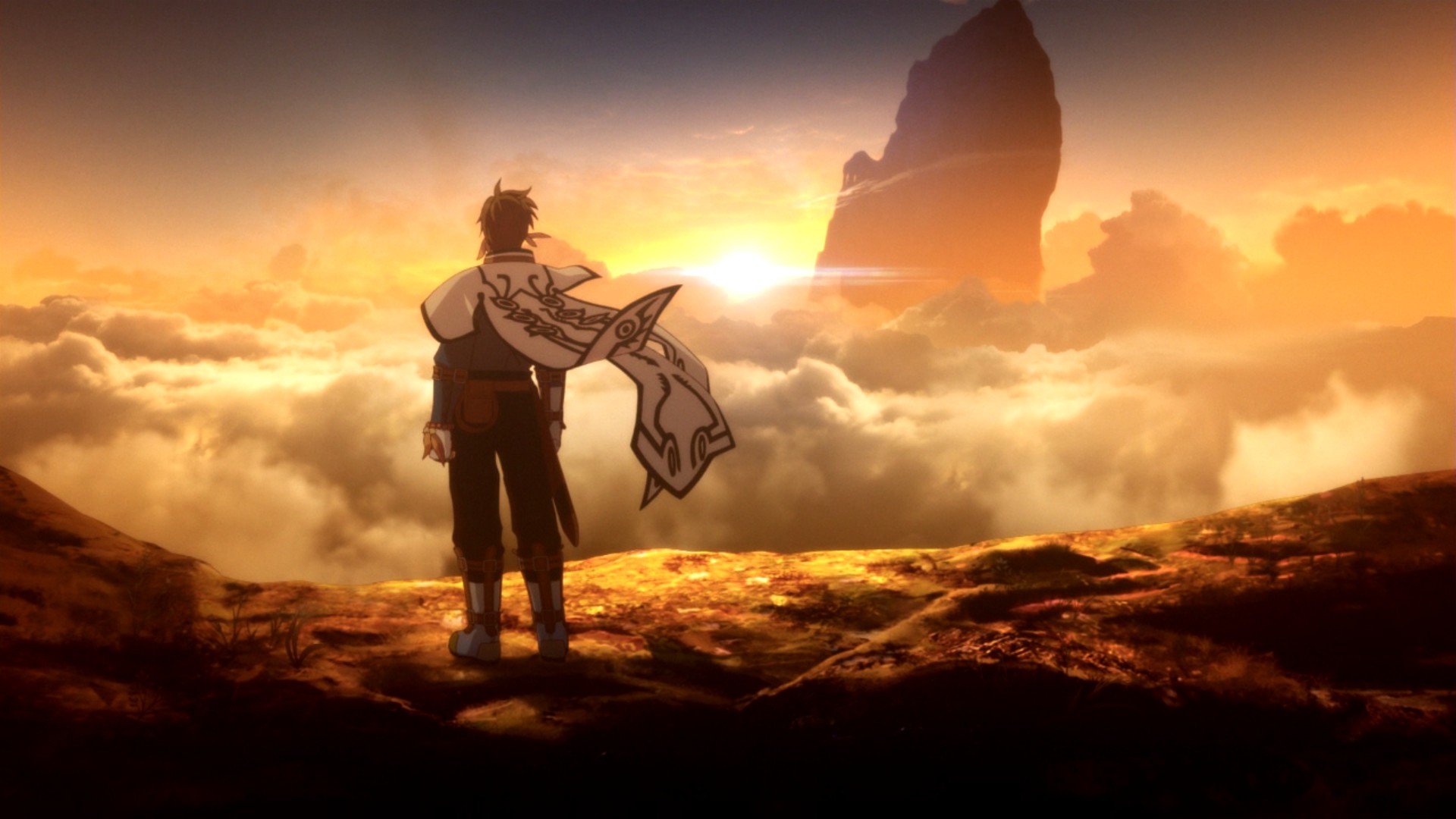