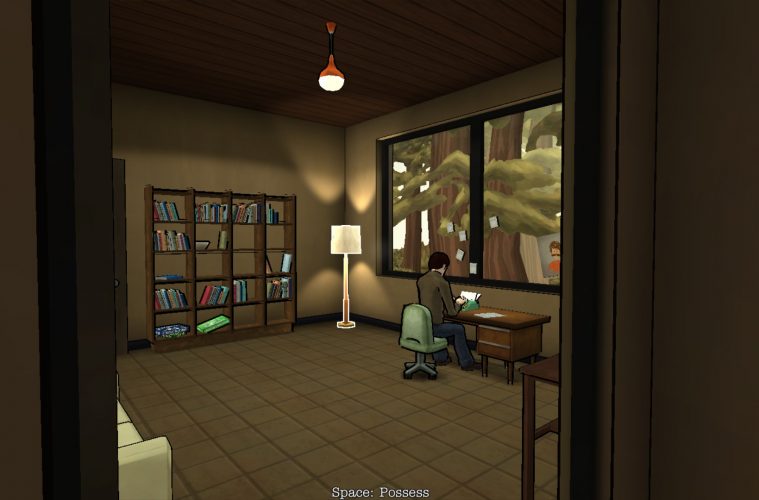 This blog contains spoilers for the game The Novelist.

Recently I’ve had to make one of the hardest decisions in my life: putting down the first draft of something I’d worked on since high school. Making this decision was not simple—tears were shed, but life moved on. It is with this somber reminder in mind that made playing The Novelist, an independent title created by Kent Hudson as Orthogonal Games, a worthy experience of a videogame. In all honesty, the word ‘videogame’ doesn’t fully describe The Novelist; at its core, The Novelist is a first-person exploration narrative, with a brutally honest examination of the pressures of life on writers as both artists and family members.

Dan Kaplan is the titular novelist. One summer he brings his wife Linda and their son Tommy to an oceanfront rental for three months. Dan is working on his newest novel and encountering severe writer’s block. It’s up to you as the player to determine the course of the summer for him—to ultimately make choices and decide if Dan creates the masterpiece of a novel he’s always wanted, while also remaining a loving husband and father.

The Novelist is hard, not in difficulty but in the choices I had to make. Its theme is less about being a novelist than it is about priority and consequence for the choices made in life. I cared about everyone involved, whether it was about Linda trying to feel as inspired with her paintings as Dan is with his writing, or about Tommy, who constantly struggled with learning to read and interacting with other kids his age. Compromise is the biggest theme of the entire game, and some things that played out were uncontrollable. Such is life, and such is the life demonstrated that you and I, as the overseeing instigators of these decisions, must face. 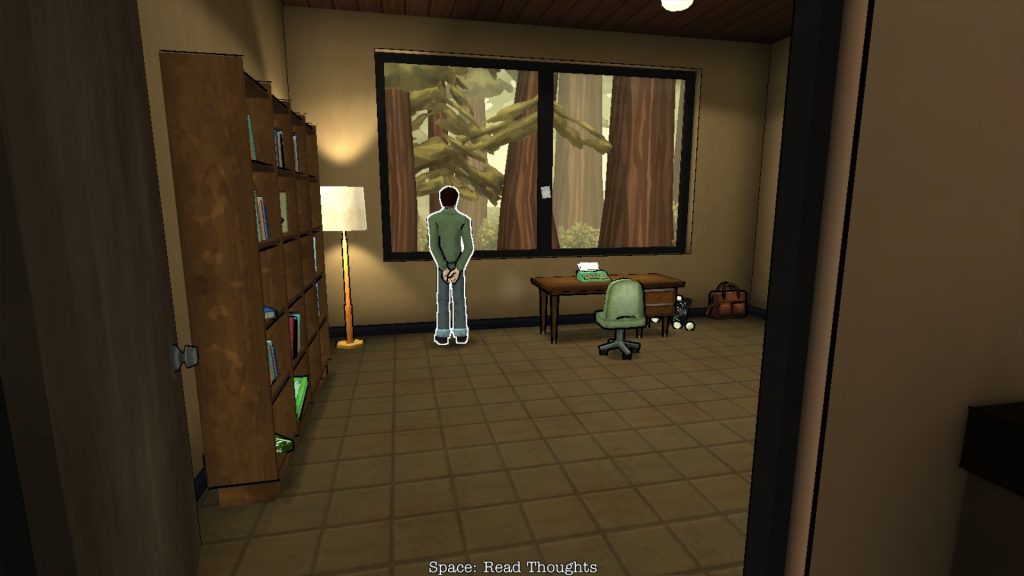 The toughest choice for me was at the very end. Dan receives a job offer at a distant university, while Linda receives an offer at a new art program, and Tommy looks forward to the first day back at elementary school and seeing his friends again. I wanted Dan to succeed, and I felt he was unhappy with his book not being as good as he wanted. Hell, as a writer myself, I’ve been in those shoes several times, but I realized Tommy would be devastated to have to move and go to a new school (I already felt my relationship with him as Dan was rocky), and Linda would be just as unhappy and unfulfilled.

In the end I went with Linda’s choice, and I got what seems to be the most compromising of The Novelist’s multiple endings; Dan didn’t create a masterpiece of a book, but he did publish something that was still decent enough. His relationship with Linda had deepened even more than before, and Linda found her calling. Tommy eventually found his footing in art, just like Linda, and had a family of his own. It was a much happier outcome than I’d expected.

And honestly, that’s my biggest hope of all—that my decisions to compromise would (and in real life will) ultimately result in some beneficial happenings for everyone’s sake. Wanting everyone to be content (happiness is more impermanent than contentment) is something I always want to do in my life, day in and day out. But putting myself first and foremost may not always be the answer to life’s problems. It’s that need to compromise for everyone’s benefit as well that made The Novelist especially difficult for me to play. But I’m glad I did.

My one nitpick about The Novelist was how short the game’s timeline was. Originally I was under the impression that the game would span Dan’s entire lifetime. After finishing the game though, it confirmed something I thought about while playing. A shorter timeframe for this story makes perfect sense; one season is enough to alter the course of an entire lifetime. The outcome of one’s decisions is always uncertain, and The Novelist brilliantly articulates that significance with its limitation on how many compromises I could make per day. Aside from the main decision of the chapter, I could only make one.

This limitation lends to the difficulty. All too often we see and hear about famous writers and how they seem to have it all. Most of them are presented as if they have both the successful career and the loving family. This is an outright lie painted by mainstream media, and The Novelist strips away that lie, baring bones on the true impact of one’s decisions and attempts to compromise. 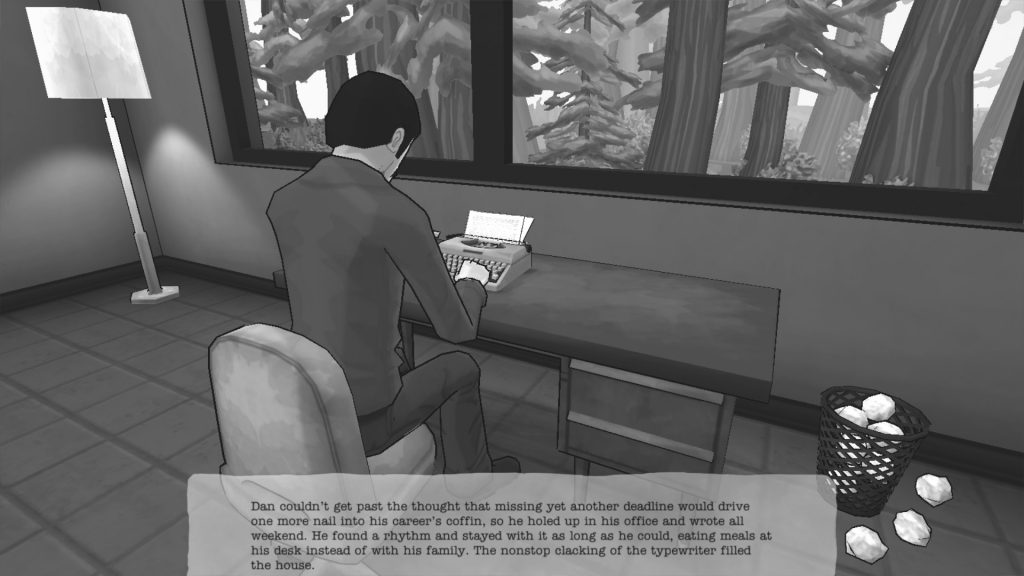 Yet, that in and of itself is a double-edged sword. Knowing now that I reached the ending I did doesn’t hold any replay value in me, even though this game does have multiple endings. I’m satisfied that Dan didn’t produce a masterpiece of a novel, which may go against the grain of the game’s message. Making the masterpiece may prove a point—that, in order to get what you want, sacrifice has to be made, even putting success first before your family’s needs.

As someone who’s trying to get their own novel published for the first time, I can only express some sympathy for Dan’s case—some. There’s a scene in where Dan’s agent requests a special reading of the book on the same day as a family member’s funeral. Choosing to do the reading would mean compromising between either Linda or Tommy’s outcomes, both of whose needs are just as equal.

After playing The Novelist, I was still saddened by needing to put down a project I’ve been working on for so long, but I came out more optimistic in the choices I’ve made. Maybe that decision was the wake-up call I needed, although it certainly didn’t feel that way on the day of. Whatever the case, The Novelist struck the chords in me it wanted to strike, and for that reason I respect the game a ton. A lot of work went into creating the scenarios and outcomes of each decision made, and it’s easy to see that hard work put to good use, from the first piano note played to the final typewritten word at the end.