On The Beginner’s Guide

This article contains spoilers for the game The Beginner’s Guide.

On June 20 2014, during the heat of the original #gamergate debacle, a series of tweets appeared on my dash by a game developer I admire. Davey Wreden, writer and developer of the original “Stanley Parable” source mod and its subsequent full release, wrote the following:

In many ways, Twitter has been an outlet for connection, friendships, and empathy which I would not have access to otherwise. However twitter also causes me a lot of stress and anxiety, and I no longer believe these are outweighed by the positives. It’s unhealthy. So I’m gonna be taking a break from twitter for a while. Maybe come back, maybe not. We’ll see how it goes. Peace <3

Wreden was the fifth person I ever followed on Twitter, preceded only by Tim Schafer, Bioshock writer Ken Levine, Minecraft creator Markus Persson, and Remedy’s writer Sam Lake, whose work with Alan Wake holds a dear place in my heart. As with the aforementioned, Wreden had made a permanent impact on the videogame world; the original “Stanley Parable” predates its contemporaries Proteus, Gone Home, and even “Dear Esther” as the seminal title in the first-person exploration (colloquially, “walking simulator”) genre. When Wreden chose to fall off the grid I felt it as a personal loss to a medium I hold dear.

On September 29th 2015, Wreden revealed on Twitter that his (previously unannounced) new game, The Beginner’s Guide, would be released two days later on October 1. Being caught up in university, I didn’t notice the tweet until my dash flooded with references to Wreden and his game 1 hour prior to launch. I immediately bought the game and awaited my partner, with whom I share all narrative games I play, to return from work. I hadn’t been so excited for a launch since the full release of The Stanley Parable. 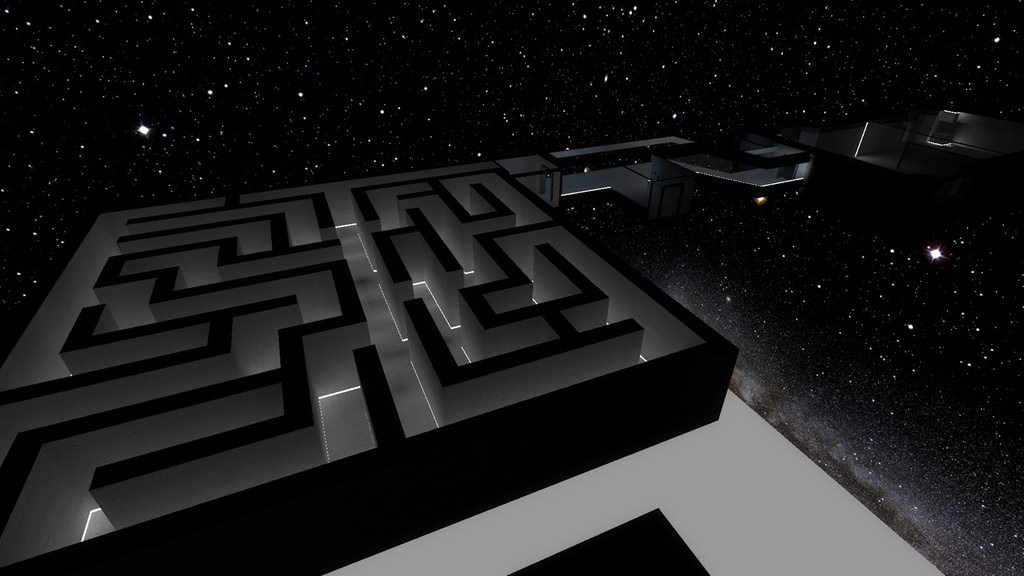 The Beginner’s Guide is presented as a collection of game levels developed by a friend of Wreden’s, named Coda, between the years 2008 and 2011. Wreden offers his personal insight and interpretation of these abstract levels by means of narration. You just stroll through Coda’s levels, occasionally solving a puzzle, all the while listening to Wreden’s musings on Coda’s potential mindspace during their development. I have a soft spot for the poetry of game worlds, so when the second level concluded, and Wreden presented a glitch in Coda’s level that causes the player to suddenly float upwards and clip through the world and into space, I felt that transcendence—that sense of something larger going on. Wreden then explains that he has edited some of the levels for the sake of this collection, because they were either unfinished or ‘broken,’ as in the case of the glitch.

Halfway through the game the player spawns at the bottom of a hill, and halfway up the hill is a nice house occupied by a single character. Upon greeting, the character suggests you may want to start cleaning up the house. You clean various rooms until a sudden interjection by the character prefaced by a self-aware “this is going to be cheesy.” The character connects house cleaning to the cleansing of one’s soul, at the same time Wreden’s narration connects this level (consisting only of said cleansing and a heartfelt conversation) to Coda’s happiness. The character then suggests you start cleaning again, and you realize that your entire work has been undone—the level is repeating. This contained moment seeps with honesty; by playing the character’s cleaning game the player is effectively making Coda happy. And I didn’t want that moment to end.

But it does end, abruptly, and you proceed to the exit of the level, designated by a lamppost. The lampposts seen at the end of levels, as Wreden explains, were put in by Coda to designate a tangible finish to otherwise open-ended abstractions. Wreden explains that an earlier version of the game had no ending, and that players would continue to clean and repeat the scene over and over indefinitely. 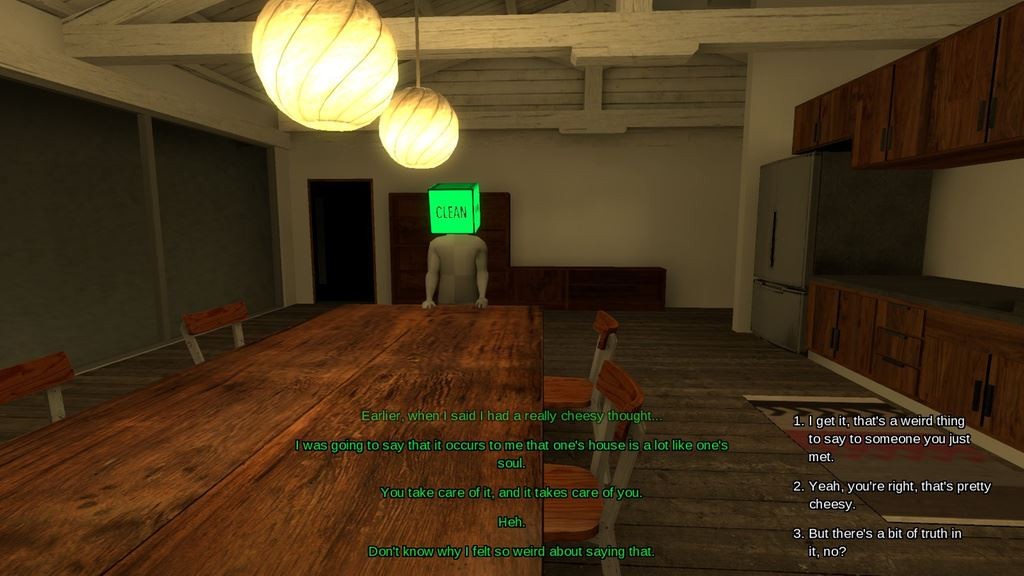 In the penultimate level of the game, Coda confronts Wreden via text on a wall, and, among other reprimands, asks him to “stop placing lampposts in my games.”

Perhaps due to the flurry of other emotions from the level, but this remark didn’t click with me right away. It wasn’t until I finished the game and pondered how much truth there was to it, that my partner posed that Wreden himself was Coda. Wreden, as Coda, needed us, the player, to interact with him through the only way he knew—the game space. The Beginner’s Guide is about Wreden’s internal struggle between creating games that worked for him (the abstractions), and creating more tangible experiences. More lampposts.

But, for me, The Beginner’s Guide worked on an extra level. It transcended the dialogue between developer and player, and it moved into a dialogue between myself and my partner. It was in a similar, intimate fashion as the dialogues seen in the game; The Beginner’s Guide portrayed the importance of conversation and interaction, and therefore the value of videogames writ large.

On August 22, 2014, Wreden returned to twitter with another series of tweets:

I suddenly have the urge to clean my house.