Ori and the Blind Forest Review: Shades of Ghibli

Those who adore the Metroid games will understand how in tune to your surroundings you become while exploring the deep catacombs of each environment. There is a sheer sense of wonder emanating out of this strange, new world, and a sense of anticipation for what lies just around each corner. This feeling is celebrated in Ori and the Blind Forest, developer Moon Studios’ debut game, which uses aspects found across the Metroidvania and platforming genres to create its own breathtaking universe.

Ori takes place in the forest of Nibel, where the Spirit Tree maintains all balance. On the night of a devastating storm, Ori, a forest sprite, is left an orphan, and Nibel begins to wither. On the brink of death, Ori regains a sliver of hope, and sets off to restore the balance that was lost.

The first word that came to mind when I saw footage of Ori and the Blind Forest was “Ghibli.” Not the anime studio’s exact visual stylings (such as in Ni No Kuni), but Ghibli’s atmosphere is there spiritually, even in Ori’s music. The orchestral soundtrack is a character in and of itself, setting the mood for each area you fly through. The backdrops of Nibel, from its mossy platforms, rich fungi, and wooden branches, to the Ancestral Trees you find and gain new powers from, all shape the gorgeous world you must restore.

In Metroid, you play as a human exploring the depths of an alien world, gaining new abilities and power-ups as you navigate your way through a planet’s core. In Ori and the Blind Forest, your world is equally as expansive, but fits to the theme of preserving nature as you explore a planet’s forested surface.  The tangled forest paths make for a maze apt for exploration, representing how far and deep the roots of trees stretch out—more so than we humans may ever realize. You can feel Ori’s plight and perseverance through her strength and agility akin to the wind itself.

I confess, though, that the controls in Ori made progressing through the story difficult to endure. This is not the kind of game you want to play with a keyboard and mouse; more often than not, my left hand would cramp up while relying on scattered keyboard presses to move, or while alternating mouse clicks to use Ori’s powers in the midst of leaping from wall to wall.  A controller is more than highly recommended, especially for some of the more time-sensitive scenes that unfold. 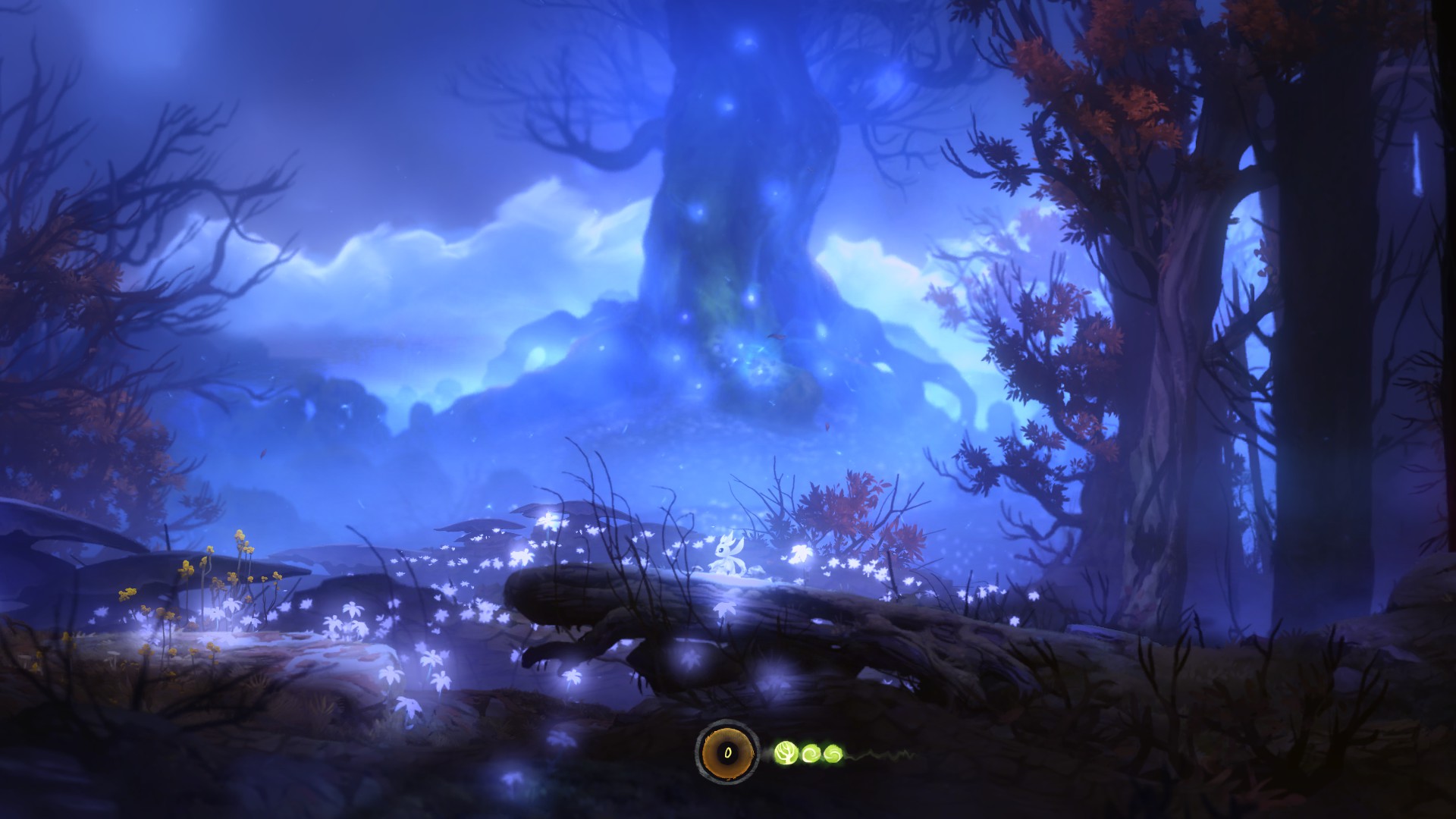 The sense of conflict in Ori is paired seamlessly with the overall setting. Rather than fall mercy to the cliché of man being the sworn enemy of nature (as seen in poorly executed environmental films), the main obstacle is one of the forces of nature itself. This makes perfect sense, as predators and prey in nature are already a source of conflict within their own microverse.

Ori and the Blind Forest is a polished and gorgeous Metroidvania that’s well worth your time. It’s maddeningly difficult at times, yet so satisfying to experience after overcoming each obstacle. This is one maze I am definitely willing to explore again.