With games like Alien: Isolation and Outlast breathing some life into what had been a steadily decaying camp of games, it was easy to jump into Soma with wild, unfettered enthusiasm.

Soma, developed by Amnesia’s Frictional Games, is a science-fiction survival horror that puts you in the shoes of Simon Jarrett. After a car accident kills his friend Ashley and severely injures himself, he seeks the help of a medical student developing an experimental treatment for brain injury. Simplified, the student’s new device takes a scan of a patient’s brain and subjects the model of the brain to different treatments in order to see which would work. Simon gets himself an appointment to be the next guinea pig, but as soon as he sits down in the scanner, he is transported to an unknown, futuristic base called PATHOS-2. Afraid he might be alone, Simon is thrilled to communicate with someone named Catherine,  via the PATHOS internal com system, and sets off in the otherwise seemingly abandoned base to find her.

Soma finds strength in its voice acting, with actors delivering fantastic and believable performances. The voices of the main characters are particularly great; Simon is performed by Jared Zeus in his video game debut, while Nell Mooney (Need for Speed: Rivals) voices Catherine, and both of their performances feel emotive and real. Even in the simple opening scene of the game, taking place in Simon’s apartment before the appointment, Simon is relatable, and his thoughts and feelings seem clear and honest.

Soma is a functionally smooth experience; using their new “HP Lovecraft 3” engine, Frictional has created a world that feels tactile—as though you have a weight and an impact. Simple things like needing to slide a door open by using one button to grab and another to actually slide gives a sense of immersion and builds tension when you know that a single button press won’t open a door when you’re being chased. That sense of immersion flows through the majority of the game—until you pick something up and it floats in front of your face as if by magic.

An issue I had with Soma is one that has become common in similar horror games (Outlast coming to mind immediately), which is the complete lack of any offensive capability. This breaks immersion, because it’s particularly unrealistic to have a character behave so passively in the sense of so much danger. While a complete lack of defense can increase tension, it also removes some agency from the player. Being able to throw a wild punch (even if it’s useless) would add an element of realism to moments of panic.

This issue is most obvious when it comes to Soma’s monsters. The interactions vary wildly from “Oh, was there a monster there?” to “Oh, just get out of my way already,” and it makes the overall experience feel unbalanced. There were moments where I could zoom past an enemy and not even notice they were there, particularly in the levels spent on the outside of the base. But, once in close quarters, it became a challenge to even get around. 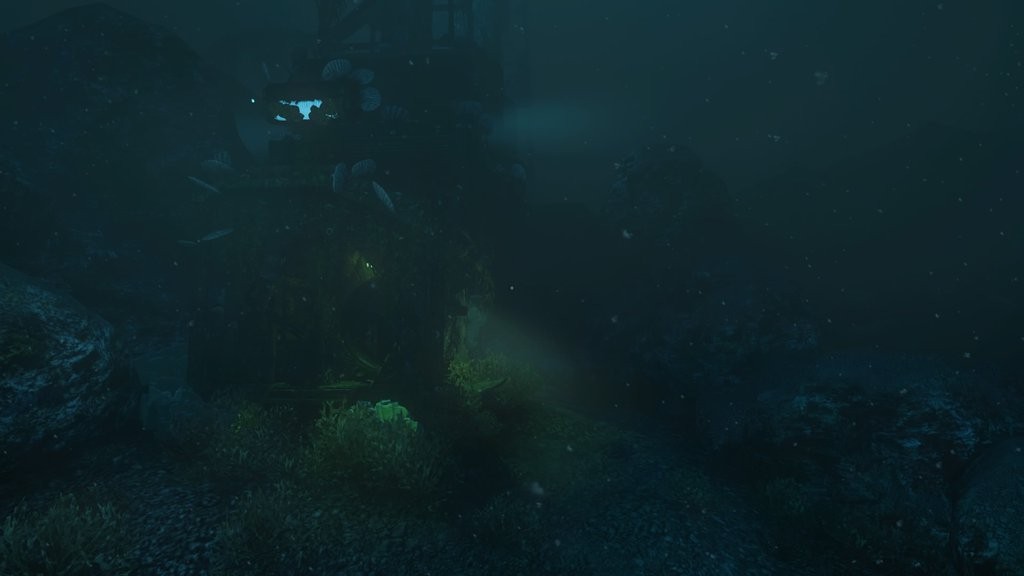 In the opening of this review, I deliberately mentioned Alien: Isolation. Soma borrows a lot from Isolation. Its rusty, industrial setting feels at times an awful lot like the environments of Isolation or Bioshock; it’s dark and grimy, as so many copy-cat first-person horror games are these days. There are also similarities in the way that SOMA builds tension. There is a lot of quiet and calm in the beginning with only hints of what awaits. Evidence of whatever went wrong on PATHOS-2 is everywhere, and there is no shortage of loud, scary noises once you arrive; bangs, crashes and the sounds of walls being torn through indicate the presence of something much bigger and much meaner than you, which, combined with your lack of defenses, makes the environment unnerving. Were it not for the originality of the story, or the interesting questions the game asks about existence and humanity, it might feel a bit more shameless in its similarities to Isolation, but its psychology is what sets it apart. As well, I was glad not to see a continuation of the “hiding in lockers simulator” that has become a trope in horror games lately.

Overall, Soma delivers plenty of tension and scares, and it tells a compelling story, but for those of you who have already played Isolation or Outlast, Soma won’t offer you much new.

This game was reviewed on PS4 using the editor’s personal copy. Soma is also available on PC.