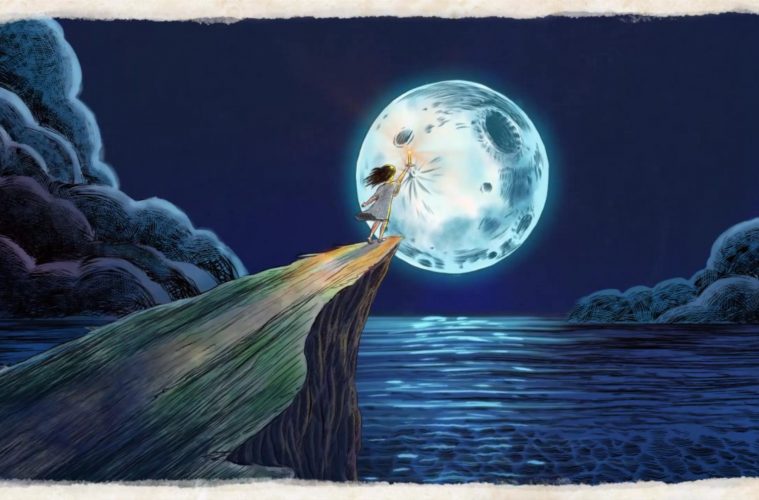 Song of the Deep Review: A Classic Derivative

Song of the Deep is the first Metroidvania developed by Insomniac Games, the majority of whose work consists of action-platformers such as Ratchet & Clank and Spyro the Dragon. I couldn’t help but speculate while playing Song of the Deep how the game would have turned out had the developers created it in their usual style.

You play as the 12-year-old Merryn who lives with her father, a fisherman, and loves him even for the tall tales he tells her of his adventures out at sea. One day, her father does not return from one of his fishing trips, and Merryn sees a vision of him trapped somewhere under the sea. She crafts a submarine out of scrap parts and sets forth into the depths to find and rescue her father.

Song of the Deep’s story is inspired by Irish mythology, an intriguing basis for a game. The mystery behind Merryn’s father’s disappearance is as deep as the game’s setting—the belly of the Pacific Ocean, featuring ancient ruins, sunken ships, and twisted caves. The music is pretty, at times haunting, and it lends a hand to setting the mood. In addition, the game possesses a steampunk edge whenever you discover or buy upgrades for your submarine. You can pay for new parts using the sunken treasure you collect, and upgrades are handily provided by a hermit crab carrying spare parts inside its shell. Little details like these help give Song of the Deep its sense of character.

Unfortunately, Song of the Deep’s weaknesses are too obvious to ignore. For one, the controls are annoying and difficult to learn. I’ve mistakenly guided Merryn’s submarine in the wrong direction many times while attempting to throw items with a grappling hook and destroy enemies. You also can’t steer the submarine with a keyboard, instead you guide it with your mouse cursor—the game is optimized for gamepad use and feels clunky and unnatural with anything else.

Another issue is how little you learn about Merryn. You know of her—of how she has a talent for crafting and tinkering with machinery, and how she feels about certain obstacles and creatures she meets on her quest. She seems like a great person, but only because the narrator told me so. Having a narrator force feed me what a character’s thinking, and discovering myself what’s happening to a character, are completely different experiences. I’m not being shown Merryn’s reactions from her perspective because the narrator is too busy pointing out the painfully obvious.

The use of narration can be hit or miss in Metroidvanias. On the one hand, it works in Ori and the Blind Forest because, even with narration present, the developers at Moon Studios knew when to rein it in and let the visuals and music speak for the story. On the other hand, having a narrator speak on the character’s behalf, and in the third person (“Merryn thought this,” “Merryn did that”), can destroy a story’s atmosphere, and this is the case for Song of the Deep. 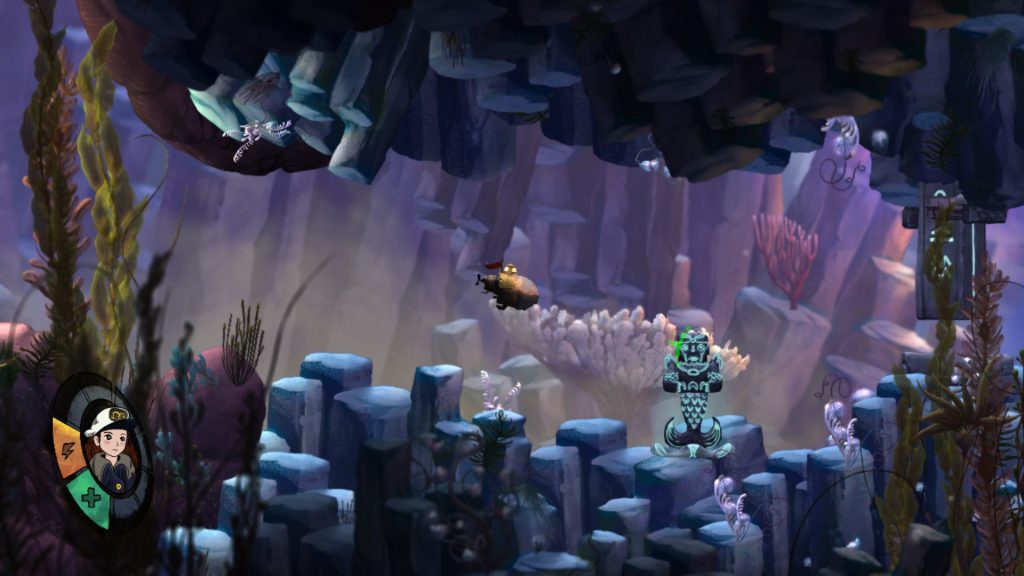 Song of the Deep // Insomniac Games

The biggest problem with Song of the Deep is that it is a reminder of better games and better times.. Ten years ago, a game called Aquaria tackled a similar concept in a similar setting, and I can’t help but wonder whether or not the team at Insomniac knew about Aquaria and were inspired to the point where they just wanted to make their own variation of it.

When it came to creating Merryn’s character, Insomniac said they wanted to create a heroine young girls could identify with who wasn’t “sexy,” “pretty” or “badass,” but rather who possessed “intelligence, creativity, kindness and resilience”. But those traits are already present in the characters I’ve played as in older Metroidvanias. I’ve already seen Samus Aran’s resilience while she’s fighting off space pirates and metroids. I’ve already seen Ori’s kindness while she’s trying to right the wrongs of the actions taken by other characters. And I’ve already seen Naija, the main character of Aquaria, be creative, intelligent, and kind while she’s trying to find her past.

Where Song of the Deep is good, it’s really good. But the controls, the lack of emotional investment in the main character, the ignorance of the golden rule of storytelling (“show, don’t tell”), and the constant, distracting reminiscence of similar games is all too much. Instead of feeling invested and glued to my screen while solving puzzles and overcoming obstacles, I feel frustrated and exhausted. Instead of the game feeling like a thrilling exploration, it feels like a chore.

If I hadn’t played such similar games beforehand, I’d easily call Song of the Deep a new classic. Instead, it feels and plays like a derivative re-hash.