Threes is the latest immediately charming and addictive puzzle game by PuzzleJuice developer Asher Vollmer. With art by Greg Wohlwend (of Ridiculous Fishing, Hundreds, and Puzzlejuice too), Threes earned an honorable mention for Excellence in Design at 2014’s IGF awards, and is the kind of game that you come to for the art-style, but stay for the gameplay. With a core design aimed towards accessibility, Threes provides a simplistic yet intelligent game for players of all types.

The main mechanic is simple: addition. A four by four grid is randomly filled with a selection of empty spaces and cards which bear either the number 1, 2, or a multiple of 3. Swiping the screen up or down will slide the existing columns and rows in the respective direction by one grid, and a new card will enter the screen at the tail end of each move. If obstructed by either a wall or another card, a moving card will then come to a halt—unless the two have a matching number. When paired, the numbers on the two matching cards will add together and become one card, just like in third grade math class. Two cards with 3s will squish together and become a single 6 card, two 6s become a 12, and so on. The two exceptions to the rule are the 1 and 2 cards which can only add to each other in order to become a three. If the screen fills up and the player can no longer add any numbers, the game is over. While the core is simple, Threes manages to create both a complex, thinking person’s game, as well as an enjoyable one for the more casual player. It’s Bejeweled meets Minesweeper.

In its design, Threes makes many conscious decisions against flashy puzzle-game syndrome, the first of which is the complete lack of pressure. When I first started, Threes design had me inherently expecting a time-limit. Playing with that in mind, I would rush too fast and never reach a score higher than a couple hundred. I realized quickly that once the screen starts to fill, it requires thinking ahead rather than sheer luck. By swiping but not letting go, players can “see the future,” allowing them a preview of what their move will accomplish. At the top of the screen, Threes also provides a numberless preview of what card will come after the move is confirmed. A blue shape represents 1, a pink shape represents 2, and a white shape represents a 3 or higher.

As the game progresses, and the player begins adding bigger and bigger numbers, the chance of the white shape representing a multiple of 3 will increase. Because of this, players can judge what the best move will be. A 2 is coming? Slide the cards so that it will enter near a 1. Running out of space and not sure if the next number is a 3 or 6? If possible, slide so that it will enter a space near both numbers, rather than just one and relying on luck. Sometimes that’s not possible however, and in those times bad luck can completely dishearten you. One time I spent about twenty minutes in one game, thinking over each move carefully, before getting unlucky and missing out on a high score. As the game progresses further, it becomes more than just about the next move, but the next few , and the lack of time-limit promotes that use of foresight.

Instead of outrageous bonus-points flashing every five seconds or “super-ultra-mega-combos,” Threes only tallies up the player’s score after the game is finished. There’s no quick way to a restart either, so the whole thing promotes a sense of patience not often seen in similar puzzle games. Instead of flashy combos, Threes’ appeal is in its “characters;” each multiple of three is actually its own character with a name, voice, and even a short, humorous bio. Almost every time cards are combined, the new number will greet you with a cute little quip. My personal favorite is “Tristine” who says “hi” in an adorably sleepy voice that makes me blush more than my dakimakura. There are other subtle inclusions too, like when characters say “nope” if a move is invalid, or hassle you if you take take too long. Threes’ personality and addictiveness isn’t in flashy gimmicks or puzzle game generics, but in a humble design aesthetic. 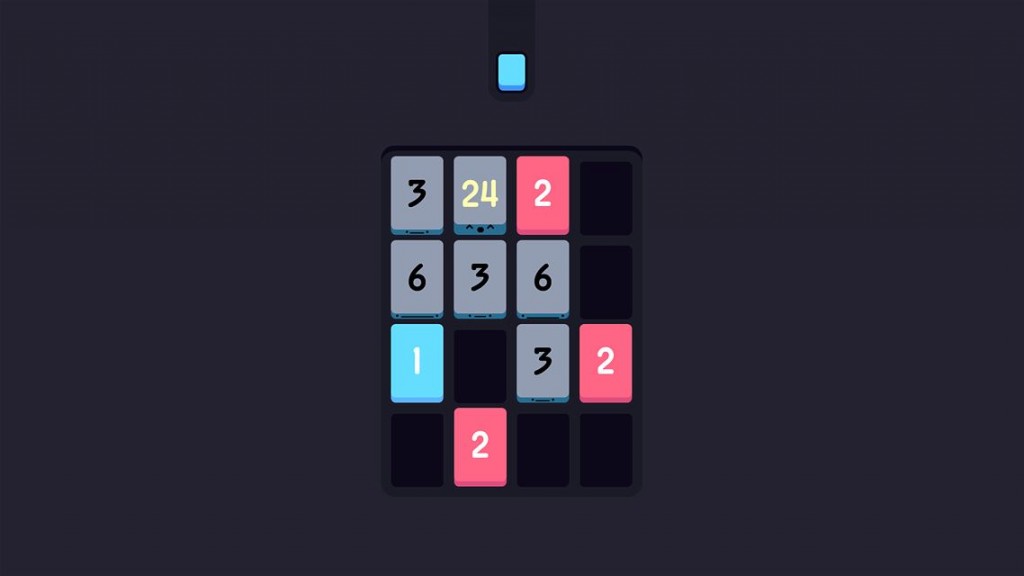 While its simplicity works for the most part, the sheer magnitude of it leaves some to be desired. The initial tutorial smoothly drops the player right into their first, full game, and provides a few quick hints during the next few playthroughs. Most of the game is learned through experience though—you’ll have to teach yourself how to avoid “stuck” situations. Finishing a game brings up a clever, personal leaderboard which displays each record as a snapshot of the final board with an accompanied score. There are also some barebone personal records that will surely deprive any stats-junkies who want to know their “most combinations in succession” or “most combinations in a turn” stats. It’s all in the name of simplicity and accessibility that Threes never varies its simple-on-the-surface mechanics, but it’s not necessarily a bad thing. It’s polished and rewarding with smart gameplay and charm rather than a contrived sense of accomplishment flashing in your face.

Threes is complex, but never intimidating, and every aspect of its design feels purposeful. It features an awesome, jazzy soundtrack that complements the quirky attitudes of its characters, and a smooth aesthetic that marries the gameplay. It’s not only accessible to those who don’t have the time to sit down and take it seriously, but also rewarding for those who learn the method to its madness.

This review was originally published on indiegamemag.com on February 06, 2014, and has been edited accordingly.

An iOS review code was supplied by the developer. Threes is also available on Android, Windows Phone, and Xbox One.