The Unfinished Swan Review: A kingdom of loss 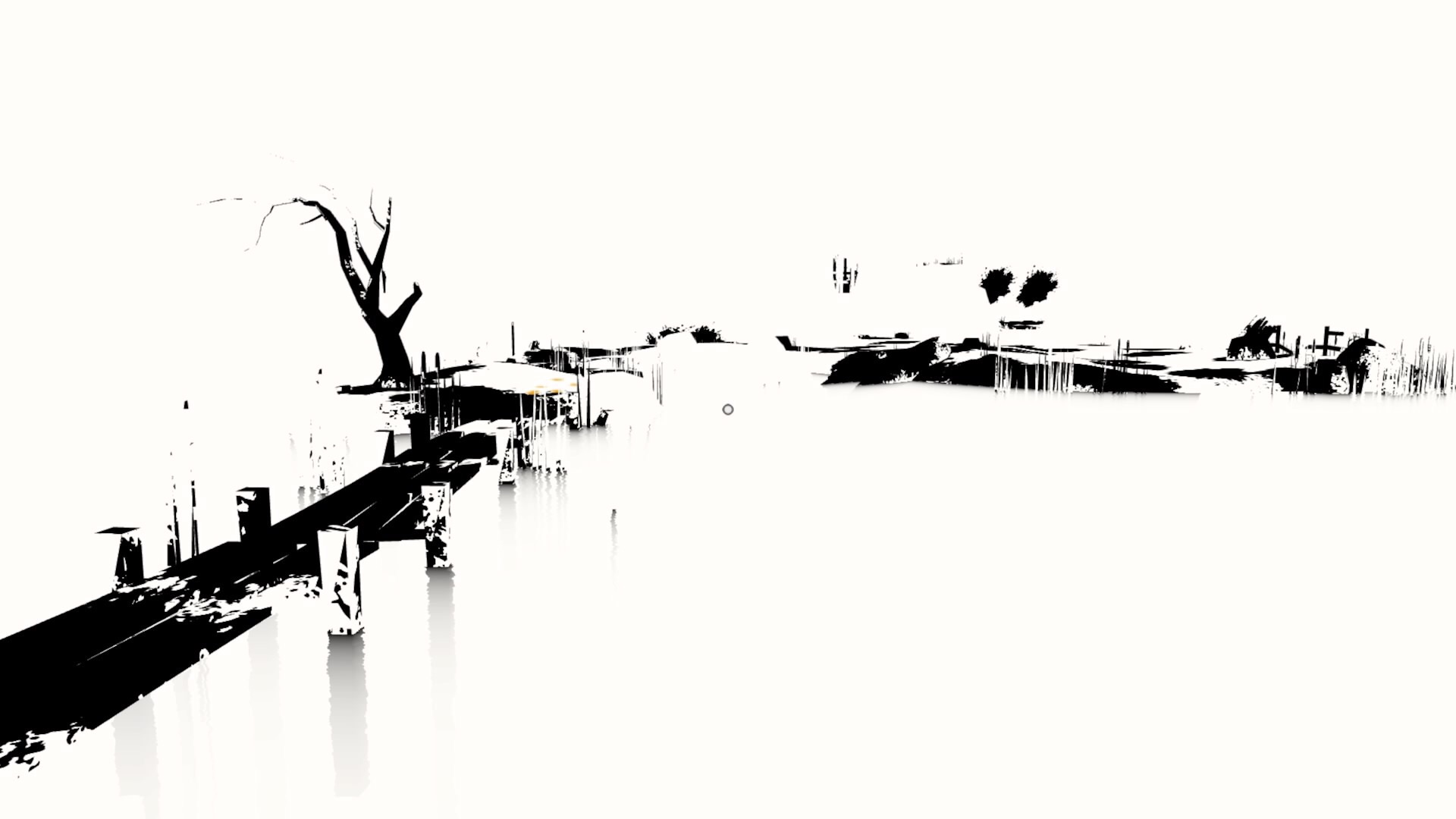 There are some games that, no matter how much background you gather or how many reviews you read, you simply can’t prepare for. These games hit you emotionally in ways you don’t see coming, because they don’t present themselves as emotionally significant games. That was my experience with developer Giant Sparrow’s The Unfinished Swan, a game whose unassuming, child-like aura packed a wallop that I wasn’t quite ready for.

Released in 2012, The Unfinished Swan tells the story of Monroe, a young boy living in an orphanage after the death of his mother. The story begins with the titular, unfinished swan escaping from its canvas home, and Monroe chasing after it. The story continues in the form of a children’s book, complete with a soothing, motherly voice narrating the tale to you.

The beginning of The Unfinished Swan is only a white void with a small targeting reticle in the center of the screen that, if you weren’t paying attention, would be easy to mistake for a loading screen. It was only after pushing a few buttons, and accidentally letting loose a black ball of paint against an invisible wall that I realized the game had begun. I began shooting a seemingly unlimited amount of paintballs at the wall with reckless abandon, creating stark black and white images of staircases and statues as I made my way through what seemed to be a castle courtyard, and eventually into the castle itself. 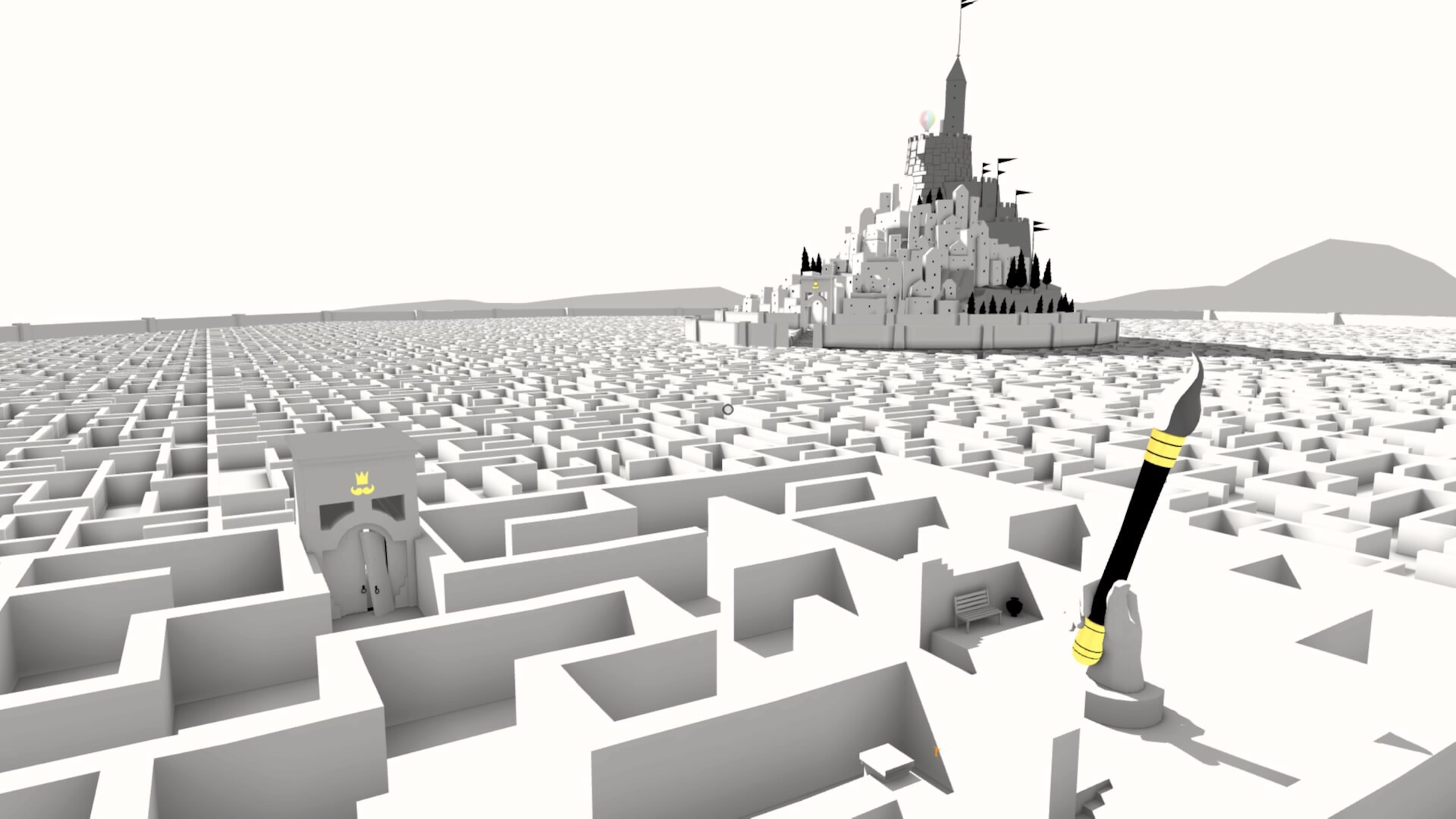 This first chapter of The Unfinished Swan is one of its most visually striking—and its most interesting. While the game, as a whole, is beautiful, it’s this first piece that locked The Unfinished Swan into my head as something to behold. The monochromatic contrast created as I found my way blindly through the first few sections had me stopping and appreciating the levels themselves as works of art. The black paint is replaced with water in the later chapters, and doesn’t return in the same way again, but the rest of the game holds its own for different reasons.

What hit me the hardest was the story. While the art style gives the game a simplistic, childish look, The Unfinished Swan deals with themes that struck a chord deep inside me. It quickly became clear that there was a direct line between the King in the story, and Monroe’s completely absent real-life father; after the death of his mother, Monroe is sent to an orphanage, instead of to live with his father.

As the game progresses, you learn more and more about the King of the magical land you explore, his obsession with his creations, and his desire to leave a lasting legacy—to be important to his people and to matter in the universe. His existential crisis and obsessions cause him to completely abandon everything to live in an enormous statue of himself, a lasting monument to his existence. This selfish egotism gives you an idea of what Monroe may have gone through before the tragic death of his mother. While Monroe chases the only thing he has connecting him to his family, we see the King neglect his own in favor of creating what he considers more important, something that will last forever, and remind everyone that he was there, and that he existed.

Wanting to feel like we exist, like we will be remembered, is something that we all have to grapple with. The King is a reflection of that desire, and that fear that when we’re gone there won’t be anything to show that we were ever here at all. This fear consumed the King in everything he did, and we see where it ends: with him alone living in his own head with a pet hippopotamus. While the story is fantastical, these themes cut deep.

It is in games like The Unfinished Swan that I’m reminded how completely subjective an experience any piece of art can be. To some, The Unfinished Swan will be thrown in the bin of “walking simulator” or maybe called a piece of “Zen gaming.” I’m confident that there will even be many who view it as a waste of money, considering the story can be completed in two or three hours. But to the rest, The Unfinished Swan has the capacity to elicit a strong emotional response, like it did for me. Finding a game that spoke to me on such a level was not something I expected, particularly in a game so perceivably childish and simple, and yet here we are.

The Unfinished Swan is a perfect example of videogames as art. There are game elements, as well as simple puzzles, but its thoughtful and charming presentation and themes push it beyond what it looks like, and create a very personal and striking experience. The Unfinished Swan caught me off guard, and swallowed me like a whale. I sincerely hope that it does the same for you too. 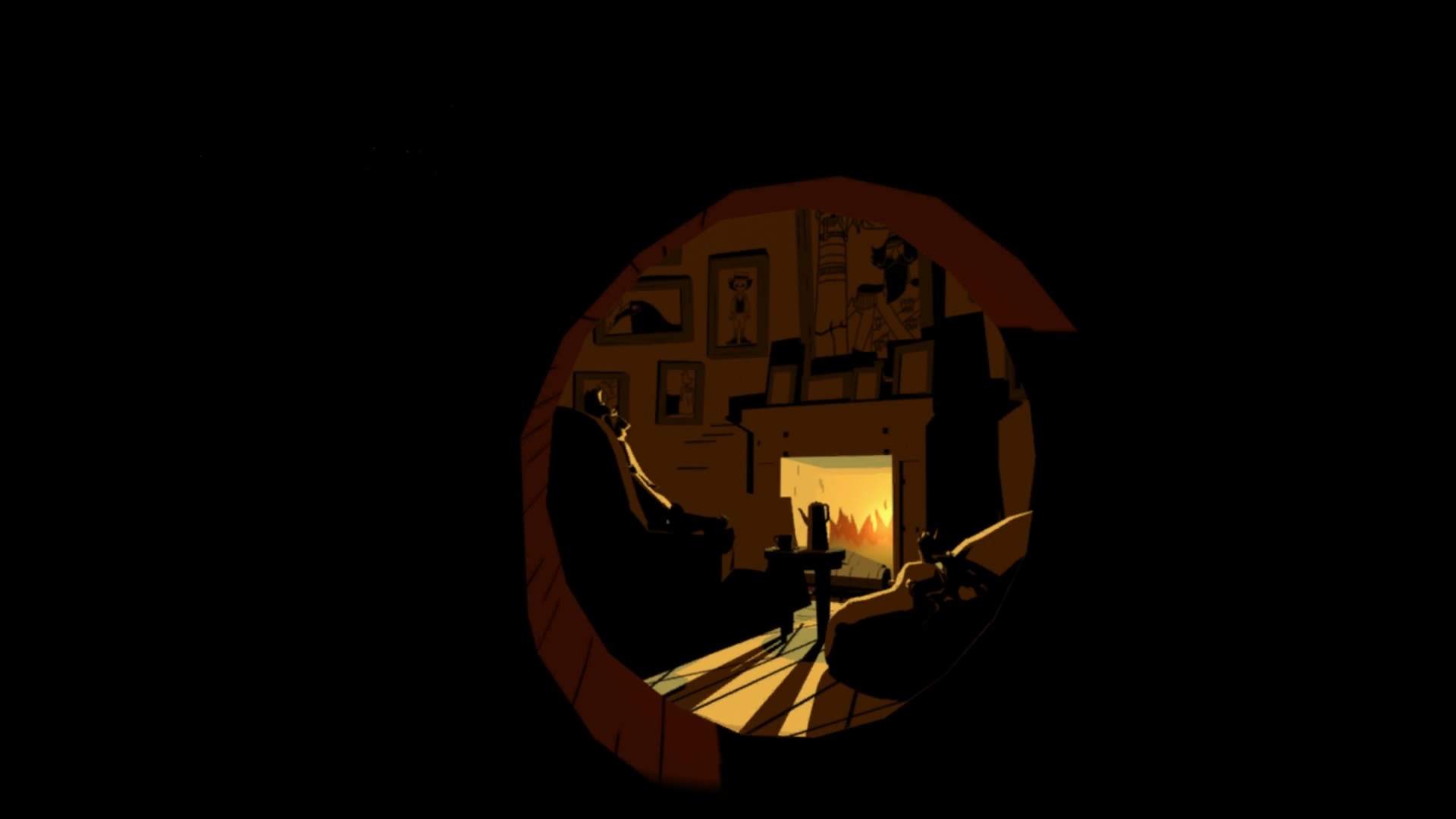