White Night Review: As fragile as the light

White Night is a cacophony of ideas, simultaneously atypical and ambitious.

It’s a defensive, survival-horror, where your only option is to run, mixed with an exploration and lore based narrative in a single, small setting. It’s like Silent Hill: Shattered Memories meets Gone Home. White Night offers generic point-and-click puzzles, but in a striking, monochromatic polygon world— a purposeful extension of its noir tone. But, like the drunken amblings of a dispirited pianist, the game often hits the wrong key.

As any noir mystery worth its salt should, White Night begins with many questions. You play in third-person (depicted by cinematic camera angles) as a nameless, 1930’s man who has suffered a car accident (of mysterious cause) and seeks refuge in an auspiciously eerie house.

In the front yard is a series of graves where you’re presented with the first of surprisingly few light-based puzzles. Inside the house, you’ll find a box of matches which will illuminate the darkness and reveal interactive objects for said puzzles. Without light however, you won’t be able to see your own two feet, and will be swallowed and killed by the horrors in the dark, returning you to the last time you saved in an armchair save station, akin to the phones in Alien Isolation. Also like Isolation, White Night’s apparitions mean instadeath, so take your corners slowly. 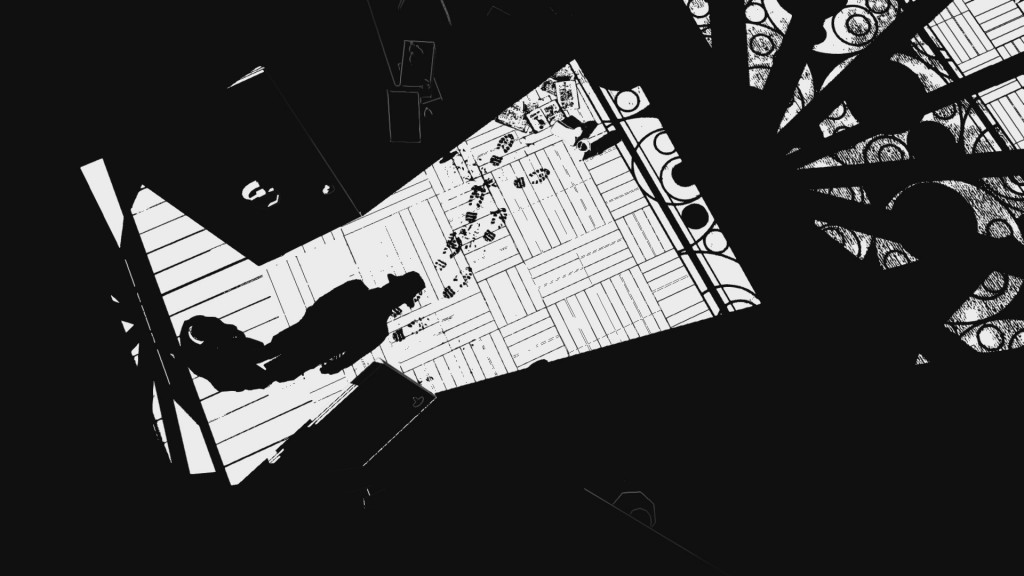 It’s the concealing nature of horror and the dark — the implications more than the actualities — that White Night handles so well, yet, so seldom. Something that appears as an empty wall may reveal itself in the light to hold a series of grotesque caricatures. Splotches of black resembling blood on the floor may just be clumps of dirt. When White Night plays with these ideas, it’s at its most engaging. The rest of the time, the puzzles can be as dull as the colour palette. It’s a narrative-driven game, but that’s no excuse for boring gameplay.

Throughout White Night, the player character narrates the story in past-continuous tense — from the future, but as though it’s in the present. The retrospection offers both puzzle and story hints, but is so poorly written that it would have been better left out. Half of the narration feels like someone tapping on your shoulder and asking “are you scared yet,” while the other half feels like a high-school English teacher telling you to interpret the blue curtains their way.

The narration itself is written in abstract rhetoric and contrived analogies that might have fit well in the noir tone, if they didn’t so jarringly jumped between poetic language and simple diction. Even the game’s ridiculously large catalog of collectible lore suffers from the same inconsistency and voicelessness.

Despite its flawed character writing however, White Night tells a thorough and rewarding story in a short span of time — about three hours at its shortest, and six if you take your time. The game’s final scene is a stunning conclusion that crosses every T, and features the game’s only well-written monologue. I was especially impressed with the ending, because things that I believed were initially oversights turned out to be completely intentional. Unfortunately, getting to that ending is an undeniable pain, and I wouldn’t blame anyone for giving up, because, heck, did I ever come close. 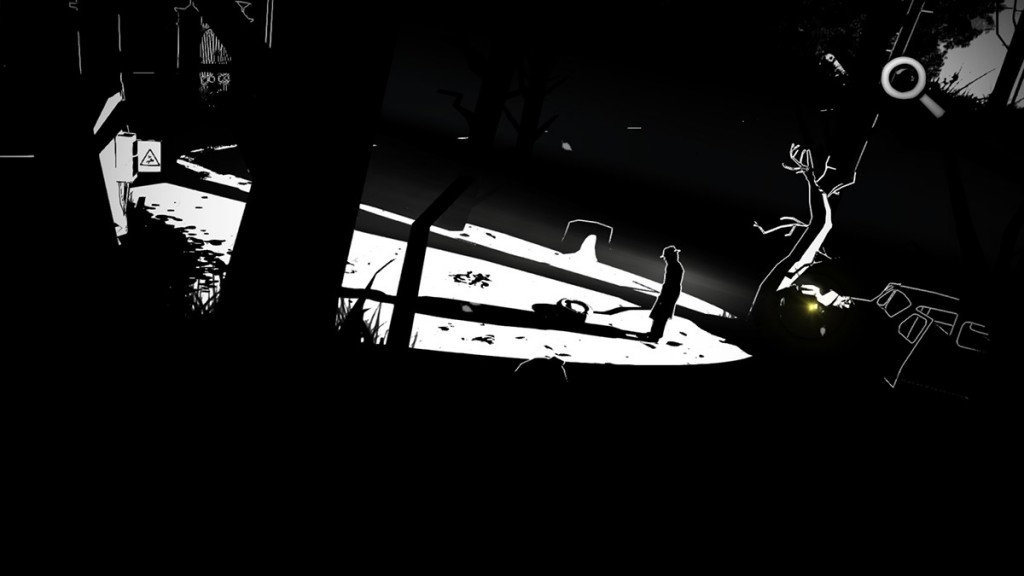 Excluding its art, White Night is absolutely plagued with bizarre design decisions. The game is old-school in that there are different “screens” (sometimes multiple) for each area, and each is presented by a different camera angle. This works well to accentuate the art and lighting effects, but is disrupted by a gaudy interface. It also makes the game’s many escape and sneak sequences incredibly tough to maneuver, as the camera automatically shifts between wide, worms-eye, Dutch, and other angles.

Even worse is when your matches burn out: You can only hold a maximum of 12, despite deep pockets in the character’s trenchcoat and plenty of room underneath their fedora. The matches can also occasionally “fail” to light, sometimes making a death entirely the fault of the game (and therefore frustrating), despite the fact that lighting those damn matches is virtually the only thing the character does. He’s too incompetent to even pull the cord of a light switch while he’s holding a match with his other hand, but he can still fit a fire-axe somewhere in his pants.

Also, why are there so many collectibles in the world if exploration is limited by the matches, and why present collectibles as “Boston Daily News” if the logs have zero prosaic semblance to a newspaper. One good thing, I guess, is that even if you die, the collectibles remain in your log, so you didn’t just waste half an hour and lose all your progress.

By the end, White Night has more in common with a noir mystery set in a haunted house than it does with a survival-horror. The ghosts make silly flailing animations as they “kill” you, when all you were trying to do was get the next part of the narrative. It’s a busy game that’s a failure in many ways, but its art direction and story perfect the eerie atmosphere of the genre, and make the experience tolerable, even when the writing and game design let it down. Like the crack of moon through a black-cloud storm, White Night is a game as fragile as the light.

This review was originally published on financialpost.com on March 6, 2015.

The Xbox One version was purchased by the editor for the purpose of the review. White Night is also available on PC and PS4.