Pokémon Go and where we go next

I hammer the delete key on my phone, and my fingernails hit the screen with the clicking sound of a type lever until I finally find the right idiom to send: “Is this real life?”

Attached to my text is a YouTube link to a trailer uploaded five minutes prior. In the video, people are running around outside and using their smartphones to locate, battle, and catch animated Pokémon in a city harbour, a skate park, and in Times Square. It’s Pokémon Go: Pokémon in real life.

“Is this finally fucking happening?” I say alongside a gasping emoji.

My friend’s response is cynical: “I’m not sure that’ll really take off.”

The game of Pokémon established the conceit of finding, befriending, and battling “Pocket Monsters” back in 1996 with the release of Pokémon Red and Green in Japan. Within the next two years, Japan would see a third game (Pokémon Blue), a manga, an anime, a magazine, and a dedicated store of licensed merchandise. By the turn of the century, the franchise was worldwide, and it has since evolved from an experience to an entire culture. In 2013, three-time Pokémon World Champion and “Pokémon Master” Ray Rizzo was flown from America to Japan to participate in a live game show where an audience member was selected to battle Rizzo on stage, much like battling a boss in the game. Earlier this year, The Pokémon Company awarded over $35,000 in scholarships (up from $22,000 in 2014) to this year’s Pokémon Masters. The tournament was streamed by more than 1.5 million viewers.

Helmed by game developer Niantic, a newly independent Google startup founded by the creator of Google Earth, Pokémon Go represents a culmination of Nintendo’s efforts over the past few years; a combination of the augmented reality seen on the Nintendo 3DS, and the company’s recent dip into the mobile free-to-play structure with Pokémon Shuffle and Pokémon Rumble World. While the trailer made no efforts to explain how Pokémon Go will work (the official website doesn’t even list a genre), Nintendo says the game will use “real location information” to help players discover Pokémon in the real world—a geolocation mechanic likely inherited from Niantic’s first title, Ingress. 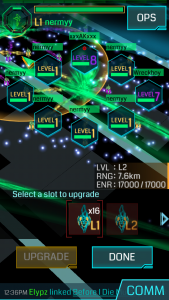 Simplified, Ingress is like a game of virtual capture-the-flag. You visit real-world locations, indicated by the GPS on your smartphone, and capture control points (called “portals”) by pressing buttons on your phone. Each portal is attached to a landmark or point-of-interest, such as an art mural, park fountain, or monument, curated by Niantic, that meets safety and public access criteria. The more portals controlled by your chosen faction, the better your team’s score. Ostensibly, Pokémon Go will work in a similar way. Head outside, pull out your phone, and go find some Pokémon. On paper, the concept doesn’t sound that compelling, which might be why the game’s trailer felt so oblique.

Rushan Shekar, co-founder of Nugget Bridge, one of the world’s largest Pokémon communities, says that the trailer for Pokémon Go was “probably misleading.” While it should be clear that there won’t be real Pokémon hiding in bushes—everything will be seen through the screen of your smartphone—Shekar doesn’t think the game will feature any sort of visual augmentation.

“My lowest expectation is that it will work like a virtual Pokédex [encyclopedia] with in-app purchases for different Pokeballs [for catching].” Shekar guesses that players will be able to care for their Pokémon like a digital pet, similar to a Tamagotchi, or the “Pokémon-Amie” mode introduced in Pokémon X and Y.

“I imagine it will be a simplified version of the game. I don’t see it replacing the main series.”

But Pokémon Go doesn’t want to replace the main series—it wants to transcend it. In June 2015, Ericsson Mobility reported that there were 2.6 billion smartphone users worldwide. In the same month, Nintendo reported that their Nintendo 3DS – the primary platform for Pokémon – had sold 17.9 million combined units since its release four years earlier. Nintendo will release Pokémon Go for free on smartphones next year, and, in doing so, will be offering the game in a way it’s never been available before: untethered. Pokémon is very nearly a household name already, but Nintendo wants to take it one step further—they want my mum to stop referring to their creatures as “Pokimans.”

Taking a ferry to Vancouver when I was younger used to mean two hours of Pokémon time while my parents read the newspaper beside me and mumbled, “can you please turn the volume down before I throw that thing off the boat.” Almost every kid on the ferry had either a Gameboy or the Pokémon trading card game, and making friends was as simple as going up to someone and telling them your Charizard was better than theirs. Take a ferry today, and it’s not just the kids playing games on their smartphones and iPads the whole way, but the adults too.

“I had a DS that I would play on the Skytrain from Vancouver to SFU in Surrey,” Shekar says. “Now it’s my phone.

“I’m not looking to spend hours on Pokémon Go. I just want trading with friends in other cities and other towns or while I commute.”

Ten years ago, trading meant getting together in a room and hooking your handheld, grey-brick consoles together with a link cable, and that was about as convenient as an IV drip. With the modern Pokémon games, you can get into a trade or a battle over WiFi without a link cable, but you’re still limited by owning both the hardware and the game. Pokémon Go however, will put the game into the pocket of every smartphone owner at no extra cost, so players will be able to trade and battle with each other with no restrictions.

“That’s half the point of the game,” Shekar says. “[People get together to battle] because they enjoy playing the game, enjoy the community, enjoy Pokémon.”

Rushan Shekar outside the Tokyo Pokemon Center in 2013 // Facebook

The cynic I texted when Pokémon Go was announced is also my oldest friend. Like Shekar, 27, we’re both in our twenties and both still play Pokémon—he the videogame, and I the trading card game. It’s been like this since we first met ten years ago, and even long before that. I watched the cartoon every weekend growing up; played the card game with my friends at school, and, occasionally roleplayed Pokémon with them during lunch break; all the while my parents ordered me Pokémon books from Scholastic for me to read in my Pokémon pajamas. It was clear: Pokémon was for me—for a child and their imagination. But fifteen years later, instead of a group of giddy young children sitting in a circle wearing their Pikachu snapbacks, the Pokémon Go trailer features a plethora of young adults and only a single adolescent—one who is playing the game with her parents.

“Their marketing is really smart,” Shekar says. “Pokémon is an amazing introduction to RPG’s for kids, and [the Pokémon Company] understands that they’ll lose most of them during their middle school and high school years.”

The Pokéwalker device, as released with Pokémon Heart Gold and Soul Silver in 2009

Shekar says that he got back into Pokémon when he reached university and his friends were all caught up in the game’s competitive community. A few years later Nintendo released a device called a “Pokéwalker” that let you put your game’s Pokémon into a clip-on pedometer and level them up just by walking around. Shekar says that he and all his friends were using the device in between classes. In the Vancouver Pokémon league, Shekar says that about 50% of players are in the 16+ division, and that most of those players are in college.

“They hit us where the nostalgia is.”

For last year’s April Fool’s Day, 151 Pokémon were planted into Google Maps, and people could find and catch them around the world using the app. A Wobbuffet could be found in Area 51, a Helioptile could be caught at the Eiffel Tower, and a Dedenne could be spotted at Harvard University. The “joke” was more likely a proof-of-concept for Niantic, as the logo bears strikingly similar to the design of Niantic’s “Pokémon Go Plus” device, a wristband peripheral that will notify you when you’re near a Pokémon. Much like the response to Pokémon Go, the Google Maps Pokémon Challenge went instantly viral on social media.

Your very own Pokémon legend is about to unfold. #GottaCatchemAll http://goo.gl/ILhGf2

“My Facebook feed was just filled with it,” Shekar says. “I don’t mean just my friends who I work with, but my friends from high school and university. Everybody was doing it.”

And that’s the audience for Pokémon Go: The communal. There are Pokémon clubs at universities around the world. There are social networks and forums like Nugget Bridge that create communities of friends and rivals to whom you can send messages and ask to breed Pokémon for you, because that’s what some people love doing. There is a striving league of competitive players that has grown each year. When the World Championships are over, players stick around and play friendlies—2-on-2 battles where most of the players don’t even speak the same language, so there’s a house rule that says you can’t talk to your partner and instead have to rely on your knowledge of that person and their Pokémon. When Sejun Park became the Pokémon Master in 2014, he won using a Pokémon that no one had considered before, because he was inspired by someone that used it against him in an online tournament.

In an interview with Time in 1999, Pokémon creator Satoshi Taijiri said that he was inspired by his passion for bug collecting. As a child he would lure beetles in with “honey on a piece of tree bark,” and then take them home when they were caught. I wonder if he would give them names too. 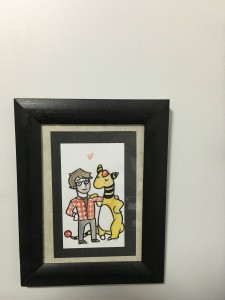 A picture of me and Ampharos on my wall, gifted to me last year for Valentine’s Day.

I take a ferry to Vancouver with my girlfriend. On the boat, we watch an episode featuring my favourite of the ever-increasing 721 pocket monsters. Ampharos, “the light Pokémon,” is said to shine so brightly that “it can even be seen from space.”

We bus to Beacon Lane where we walk a long, rocky decline to the coast, a gravel path muddied from an earlier rain. Dusk is settling fast with a dark glow, the moon lost somewhere behind the wisps of coal-black clouds and a hint of azure. The foliage on either side of us moves like tendrils with the breeze, and I wonder if Pokémon Go will have a nighttime feature, in respect to the game’s nocturnal creatures.

We walk in near silence, only the sounds of cracking stones and sticks beneath our feet and the loudening whisper of the tide ahead, as the pecking flash of the lighthouse slips through the treetops, warming us.

The path eventually opens into a steel gate that denotes public access, and we continue down a last stretch of pavement until a final gate declares we go no further. The lighthouse is now in full view, albeit a silhouette in the night. The Pokédex reads that Ampharos’ bright tail is “a beacon for lost souls.”

“I still have my version of Pokémon Red,” Shekar says. “I’m playing Schrodinger’s Cat with it. If I don’t turn it on, then my save file is still there, and my Charmander is still alive.”